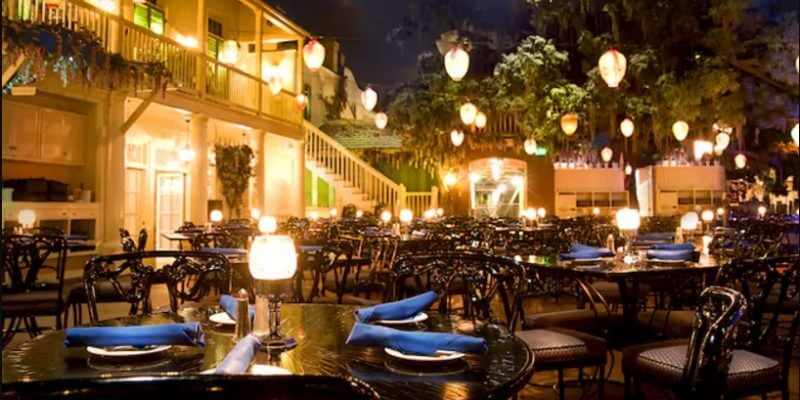 While there are many places to eat in Disneyland, one restaurant, in particular, has become iconic at the Southern California theme Park. Sadly, The Blue Bayou restaurant, which can be found in Disneyland’s New Orleans Square, has remained closed for quite a while as the ongoing Pirates of the Caribbean refurbishment continues.

Fortunately, the restaurant did eventually reopen as well as the iconic attraction. This does not mean that every meal is perfect, however.

One Guest went to social media to share the very unfortunate experience they had when visiting Disneyland’s iconic Blue Bayou restaurant. The story was shared in a Reddit post and is linked down below:

“We were Uber excited to dine at Blue Bayou for the first time having booked a table 2 months out. As soon as we sat down and ordered our meal, we were told that they were evacuating the restaurant. Apparently, the fire alarm was going off and they were evacuating and shutting down all of New Orleans Square.

You could imagine the mass confusion of what was going on as everyone was pushed out.”

The Guest explains that during their meal, the entire restaurant was evacuated. This is certainly a horrible way to experience this restaurant.

In the past, we have seen a few other restaurant evacuations, most notably with Ohana, a family-style restaurant at Walt Disney World. Oddly enough, this same exact thing happened at Disney’s new Space 220 restaurant in EPCOT.

“Come to find out, some brat kid pulled the fire alarm. There was no fire, but the cast members had to follow protocol and get everyone out of there. 2 months of anticipation down the drain probably for a lot of families.

We talked to guest services and the best the could do was say sorry and that they’ll give us 2 lighting lane passes for the inconvenience, which wasn’t worth it for us as we already had Genie+ and gone on everything wanted to for the day.”

Unfortunately, a Guest pulled the fire alarm, forcing everyone in the restaurant to evacuate. The Guests did receive two Lightning lane passes, but they explained that this was not sufficient as the Blue Bayou was something they were really looking forward to experiencing and enjoying.

Thankfully, another Guest who claims they were there during the evacuation was able to clarify what happened. The Guest states that all diners were welcomed back into the restaurant following the evacuation, and all food was remade for them.

While this situation was less-than-magical for those involved, it’s reassuring to see Disney act so swiftly for what turned out to be a false alarm.

This just goes to show how dedicated to its Guests Disneyland and its Cast Members can be. But it’s important to remember that while Disneyland is “The Happiest Place on Earth”, things happen at the Resort that you can’t really plan for.

Kick off your memorable meal with Southern-inspired starters. Next, choose from a selection of authentic entrées—including signature dishes such as Jambalaya and Plant-based Cajun Cauliflower.

Have you dined at Disneyland’s Blue Bayou?