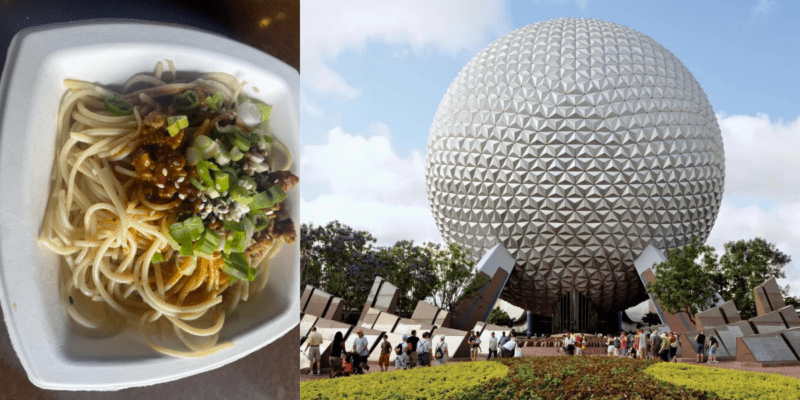 This year’s festival is well underway, from July 14 to November 19. Unfortunately, some Disney Park Guests aren’t happy with the limited-time international offerings in the World Showcase.

Reddit user u/BondCharacterNamePun shared a photo of Dandan noodles, available for $8.25 at the China Festival Booth located inside the China World Showcase Pavilion:

Why serve Dandan noodles at Food and Wine if you’re just going to do it on spaghetti noodles?

Why serve Dandan noodles at Food and Wine if you’re just going to do it on spaghetti noodles? from WaltDisneyWorld

Hundreds of commenters agreed that the dish was inaccurate. Some even called it “offensive.” Others said many of the EPCOT International Food & Wine Festival offerings were “basic.” “This was such a disappointment! How did this get approved?!” u/DarthSmiff wrote.

“What they served is a disgrace to the actual authentic dish,” u/ct2707 argued. Another Disney Parks fan, u/MagicBez, said even Disney Cast Members are embarrassed by cultural foods at EPCOT International Food & Wine Festival:

This is true for a lot of their “international” cuisine. I’ve had the international staff actively apologise for the inauthenticity of the food at a lot of the EPCOT restaurants. Even “easy” ones like the Rose and Crown I’ve had the British wait staff comment that they have no idea what some of the stuff is even trying to be.

Many Walt Disney World Resort fans said the issue extends past festival food. “Most of WDW “exotic” is pretend exotic. Cannot be too scary for Marge from Nebraska,” u/Tuilere joked.

“Also the exact type of person who says Disney World has phenomenal food. Compared to the local Applebees? Sure. Compared to actual good restaurants? No way,” u/ukcats12 agreed.

What do you think about the Dandan noodles and other dishes at EPCOT International Food & Wine Festival?