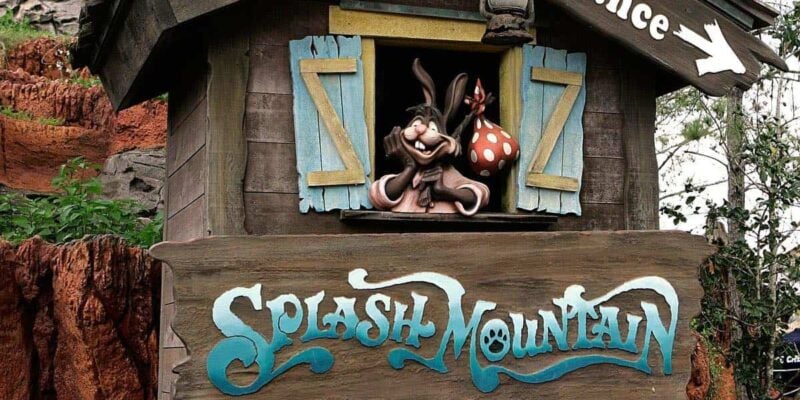 As most Disney fans may know by now, Splash Mountain is being rethemed into Tiana’s Bayou Adventure at Disneyland and Magic Kingdom. These changes are expected to be implemented by 2024.

Magic Kingdom announced that it would close the attraction on January 23, 2023, to prepare for the construction of the new ride. However, Disneyland has still not announced a closing date, which is frustrating Guests.

In a new article, KTLA asks some theme park bloggers what their thoughts are on Splash Mountain’s closure date. These bloggers include Megan Heneghan, David Vaughn, and Carly Caramanna.

Megan Heneghan, also known as “The Magical Millennial,” predicts that Disneyland will announce a closure date for the beloved ride around or on January 23:

“I have a feeling Splash Mountain will close in late January or early February for this extended ride transformation.”

Because Splash Mountain usually closes sometime during the winter months for yearly refurbishments, Heneghan says that announcing the closure of the attraction during this time is the best choice.

David Vaughn thinks that Splash Mountain will close sometime between January and March. He also mentions that this announcement could also be pushed back due to Disney100, which is the 100th-anniversary celebration of the Walt Disney Company:

“I wonder if we’re getting a delay so that Splash (Mountain’s) closure doesn’t somehow overshadow the launch of Disney100.”

However, the timing of this celebration, along with other planned attraction closures, makes Carly Caramanna think that Splash Mountain will close in the spring. According to KTLA:

The theme park and travel journalist [Caramanna] predicted that Splash Mountain will close in the spring so the park can accommodate an influx of guests coming to the Disney100 celebration and compensate for other fan-favorite attractions being unavailable.

And because Indiana Jones Adventure, another popular ride at the Park, has been closed since January 9 for a lengthier refurbishment, Caramanna doesn’t think that Disney would have two popular attractions closed at the same time.

The following rides will be closed at Disneyland and Disney California Adventure throughout January, according to the Disneyland calendar. Because not all of the attractions on the list will be closed for the entire month of January, they will have staggered reopenings:

So why else might Disneyland not have announced the closure date for the ride? Other reasons might include that Disneyland tends to get construction done faster than Disney World does, so perhaps Disneyland will not need to begin construction until a later date. Another reason is that with all the other ride closures being announced, Disneyland may want to wait to close such a popular attraction until more attractions are ready for Guests to enjoy.

Why do you think Disneyland hasn’t announced a closure date for Splash Mountain yet?