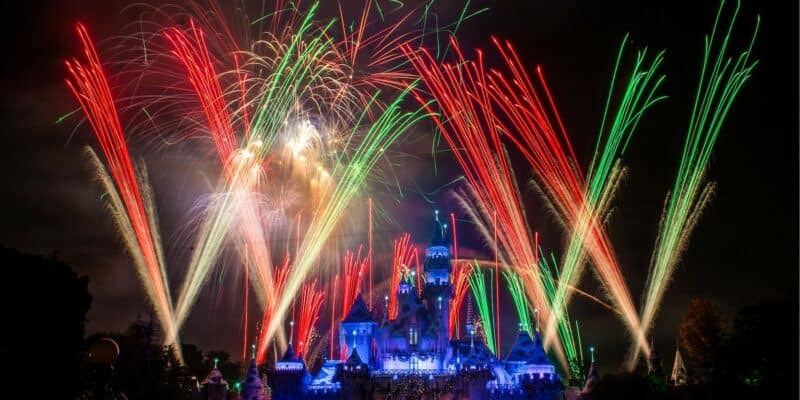 With spectacular 360-degree fireworks shows and multiple New Year’s countdowns, Disney Parks Guests couldn’t possibly ask for more from the holiday! But according to reports from Disneyland Park, one Guest partied a bit too hard.

Approximately around 11:45 pm on main street multiple security guards ran up and circled a young lady (early 20s). Cast members created an exit path to remove her from the area. Not sure exactly what happened.

Just before they circle her she was dancing in the rain. Not sure if she was on something or maybe they didn’t want her dancing?

Another Guest present on Main Street, U.S.A., that night provided more clarity. According to u/stillmorningrise, the fireworks show was canceled due to a rain storm in the Anaheim area, but some Disney Parks Guests made up for the disappointment by dancing in large groups.

The woman in question allegedly interrupted a line of dancers and started yelling incomprehensibly:

People were going through the line dancing with cast members on either side and having a blast. As I was making way through the dance line with my family, the lady ran in freaking out and security guards came through quickly and escorted her out. Not sure if she was on drugs but she seemed a little out of it.

After that the cast members had to stop and get back to crowd management.

Disneyland Resort did not release a statement on what happened on Main Street, U.S.A., on New Year’s Eve. It appears Disneyland Security Cast Members handled the incident without law enforcement involvement.

Have you ever witnessed another Guest get apprehended by Disney Parks Security?