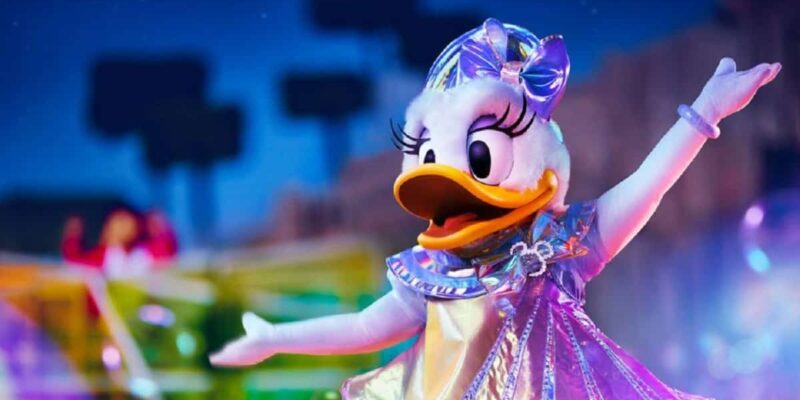 New Year’s Eve preparations are currently underway, and excitement is in the air as we prepare for a new year arriving in just four days!

And, to no surprise, the Disney Parks are also preparing for New Year’s celebrations, from exclusive nighttime events to exciting entertainment to themed food, and more! And, what’s even more exciting is that Disneyland Paris is going to host its own New Year’s Eve Party, after having to cancel the 2021 New Year’s Eve events due to COVID.

Related: Ring in the New Year With Exciting New Eats at Disney World

As part of these celebrations, Disneyland Paris released a program, detailing all the exciting entertainment that will be shown that night.

The overview section of the program lists all the categories Guests will be interested in, including “Unmissable,” “Shows with Disney Characters,” “Special Celebrations,” and “Attractions.”

Related: Individual Meals Exceed $100 Mark at Disney Park, “What Are They Giving?”

The Ready for the Night Parade is an exclusive event that will begin at 8:30 p.m. on Parade road. During the parade, Guests will see Mickey, Minnie, and other Disney and Pixar Pals as they celebrate both the 30th anniversary of the Park and New Year’s Eve.

The Sparkling Wishes of Disney New Year’s Eve is a fireworks display that will count down to the new year. It will also have the original version of “Wishes” but recreated for this special event. This will take place at midnight on Main Street, U.S.A., near Sleeping Beauty Castle.

And at 12:15 a.m., dance your way into 2023 during Disney New Year’s Eve Dance Party, found at Main Street, U.S.A., toward the Central Plaza. Dance along to some of Disney’s greatest hits that will be remixed to celebrate the new year.

With the help of her friends, Minnie will find the perfect recipe to make everyone’s heart shine brighter!

During the New Year’s Eve Royal Disney Ball, taking place at Fantasyland near Sleeping Beauty Castle, Guests can join the grand ball and spot characters like Aurora and Philippe, along with some well-known characters from Arendelle. This royal event will take place at 8:10 p.m., 8:50 p.m., 9:30 p.m., and 10:05 p.m.

And at Party Through Adventureland from 8-10 p.m., Guests can experience exciting and funny adventures curated just for this special evening.

The celebrations listed on this program include special editions of Dream…and Shine Brighter, as well as Disney D-Light. These events will celebrate the 30th anniversary of the Park.

The special edition of Dream…and Shine Brighter takes place at 10:15 p.m. on Main Street, U.S.A., near Central Plaza. This unique and high-energy celebration is a tribute to the 30th anniversary of the Park and showcases some memorable Disney characters.

Additionally, Disney D-Light will take place at 11:30 p.m. on Main Street, U.S.A., near Sleeping Beauty Castle. This light show is choreographed with drones and celebrates Disneyland Paris’ 30th anniversary. In this show, there will be fun music, lights, and magic to commemorate this event.

During this special event, there will still be attractions available for Guests. Several of the normally-operating attractions will be open, such as Indiana Jones and the Temple of Peril, Le Passage Enchanté d’Aladdin, Phantom Manor, Star Wars Hyperspace Mountain, Orbitron, Blanche-Neige et les Sept Nains, and Alice’s Curious Labyrinth, to name a few.

This event is sold out, but the program gives Guests a good idea of what to expect if they are planning to attend or gives them something to look forward to for next year’s festivities. For more information on this exciting event, visit Disneyland Paris’ event webpage.

Are you planning to spend New Year’s Eve at Disneyland Paris or another Disney Park?