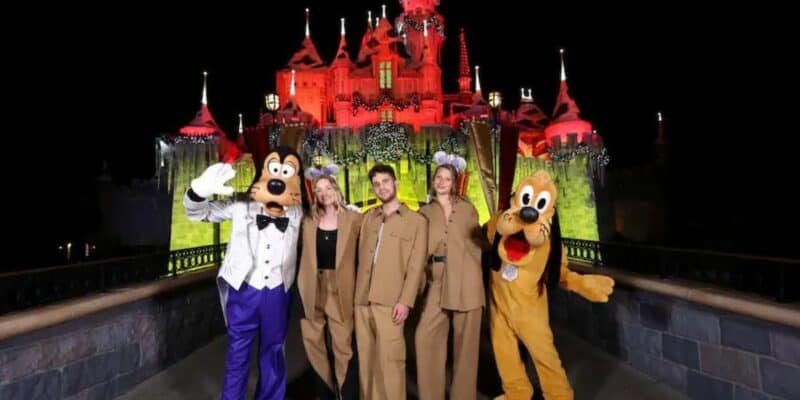 We’re just a couple of days away from the start of 2023! And at the Disney Parks, there are so many exciting celebrations for New Year’s Eve, as well as ongoing preparations for the Disney100 celebration next year.

On New Year’s Eve, a fan-favorite celebration returns! “Dick Clark’s New Year’s Rockin’ Eve with Ryan Seacrest 2023” is returning to Times Square and other locations to ring in 2023. This show will air on ABC from 8 p.m. ET until 2 a.m. ET.

So what’s going to be included in this celebration? For starters, there will be more than five and a half hours of exciting performances, with a look into several different New Year’s celebrations worldwide.

What’s special about this year’s show is that for the first time ever, part of the show will be hosted at the Disneyland Resort, and viewers will get to have a first look at “World of Color- ONE.” This is one of the nighttime spectaculars that will be in place at the Park starting January 27 to celebrate the 100th anniversary of the Walt Disney Company.

While Ryan Seacrest will host as usual in Times Square, hostess and award-winning artist Ciara will be hosting from Disneyland. The segments taking place at the Disneyland Resort will be pre-taped, and the artists who are performing at Disneyland include Ciara, Aly & AJ, Halle Bailey, Ben Platt, Shaggy, Maddie & Tae, Bailey Zimmerman, TOMORROW X TOGETHER, Fitz & The Tantrums, and Lauren Spencer Smith.

Along with executive producer Ryan Seacrest, who has hosted the TV special eighteen times, there are others who will be leading the show at Times Square. This includes actress and producer Liza Koshy, who will be co-hosting the event; and Jessie James Decker, who will be the Powerball co-host, which she has done for four years in a row.

However, this “rockin'” broadcast doesn’t just stop in Anaheim and NYC. It will also return to Puerto Rico for the show’s second countdown in Spanish. Acclaimed Puerto Rican singer and rapper Farruko will be part of the celebration, giving a special performance.

And in New Orleans, Billy Porter, who is an Emmy, GRAMMY, and Tony Award winner, will return for his fourth year to perform and co-host.

And finally, D-Nice, who is a DJ, producer, rapper, and philanthropist, will be co-hosting from Los Angeles, where he was the L.A. Party DJ last year.

And in L.A., viewers will see performances from Dove Cameron, Wiz Khalifa, Betty Who, Nicky Youre, FINNEAS, and Armani White.

Be sure to tune in to ABC tomorrow night to welcome in the new year!

Are you excited to ring in the new year? What’s your go-to New Year’s Eve tradition?