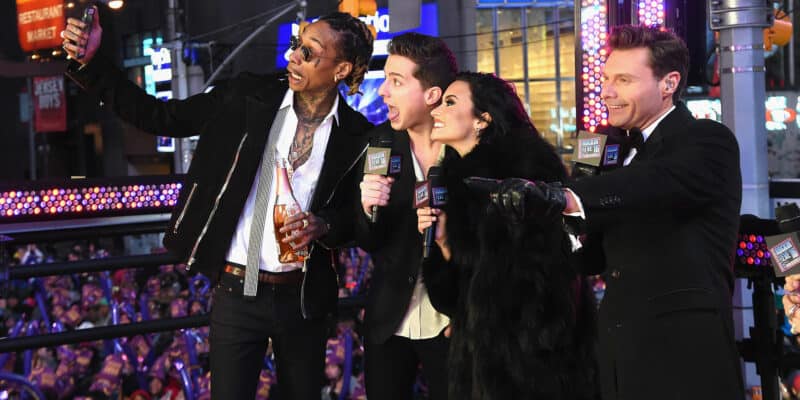 Iconic news anchor Dick Clark began hosting his New Year’s Rockin’ Eve television special on December 31, 1972. Ever since, Americans from coast to coast have tuned in for the festivities on to ring in the new year with dozens of celebrity guests.

Related: ALL Universal Orlando Resorts Are Sold Out For New Years Eve Week

Although Clark passed away in 2012, the tradition continues today with Ryan Seacrest hosting. Now, amid the rampant spread of the COVID-19 Omicron variant in New York City and around the nation, Disney-owned ABC has made a major decision about the broadcast of this year’s New Year’s Rockin’ Eve special.

Fans of the annual ball drop in Times Square will be glad to learn that, at this time, the network is planning to continue with the holiday TV special. Per Deadline:

ABC, which airs the most established New Year’s special, Dick Clark’s New Year’s Rockin’ Eve with Ryan Seacrest, took a wait and see approach, looking to New York City for guidance about the New Year’s Eve celebration in Times Square. NY Mayor Bill de Blasio today announced that the city will be proceeding with the New Year’s Eve Ball Drop but with fewer revelers and tighter rules, including masks and social distancing.

Liza Koshy, Billy Porter, and Ciara have signed on as co-hosts. They’ll join Seacrest in cities across America for the show’s 50th anniversary: Koshy from Times Square in New York City, Porter from New Orleans, and Ciara from Los Angeles. DJ D-Nice will also join the show from Los Angeles, and country artist Jessie James Decker is returning for her third year as the show’s Powerball correspondent.

Will you be tuning in for Dick Clark’s New Years Rockin Eve 2022?