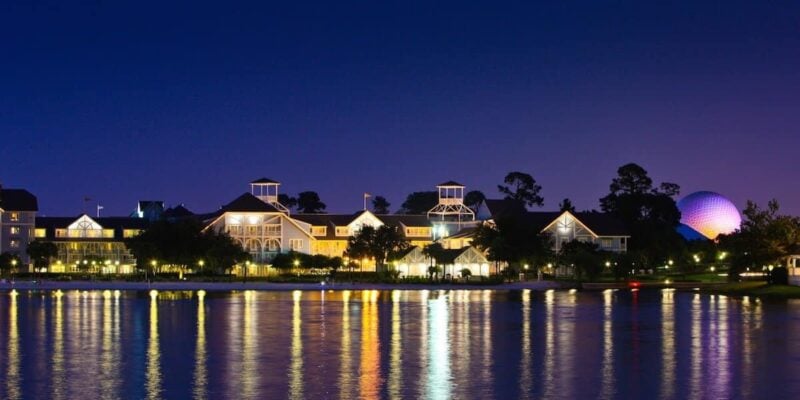 In addition to all the fun you can have while visiting the Disney Parks, Disney World is also home to more than 25 Resort hotels, from budget-conscious accommodations to luxurious deluxe Resort hotels.

Recently, Disney World Guests staying at Disney’s BoardWalk Inn, Disney’s Yacht Club, and Disney’s Beach Club were given a warning that they may be disturbed on January 25 by a firework test being conducted at EPCOT. The tests are scheduled to take place from 11:45 p.m. to 1:00 a.m. and may include “bursts of fireworks, lasers, and smoke/fog effects.”

If you’re staying at these hotels, you may be able to see the lasers and effects from your room, depending on where you are located.

On January 25, EPCOT is scheduled to be open from 9:00 a.m. to 9:00 p.m., meaning that the test will take place nearly three hours after the Park closure.

While Disney didn’t confirm this, there are rumors that these tests are for the return of EPCOT Forever. EPCOT Forever was a fireworks show that premiered on October 1, 2019, and the highly-anticipated show (which will replace EPCOT Harmonious) will begin performances again on April 3, 2023.

In addition, Disney Park Guests recently reported that they could see testing happening at Magic Kingdom for the anticipated return of Happily Ever After. The beloved fireworks show will be replacing Disney Enchantment also on April 3, 2023.

Will the firework testing affect your stay at Walt Disney World Resort? Let us know in the comments below!