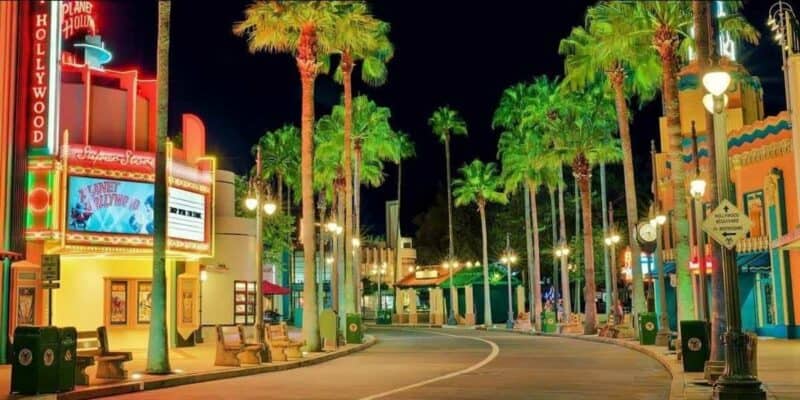 Walt Disney World Resort is “The Most Magical Place on Earth,” and millions of people visit the Orlando destination from all over the world each and every year.

Because there are so many people visiting the Disney Parks— which include Magic Kingdom, Disney’s Animal Kingdom, Disney’s Hollywood Studios, and EPCOT– it should be no surprise that wait times get backed up, especially during busy times of the year.

Some of the more popular attractions, like Star Wars: Rise of the Resistance, Avatar Flight of Passage, Space Mountain, Slinky Dog Dash, Frozen Ever After, and others, consistently post wait times of more than an hour and can even extend into the two-hour and three-hour range.

With wait times so massive, many Disney World Guests have wondered if there’s anything they can do to avoid crazy waits and enjoy their favorite attractions. Well, there’s a special event happening right now that has essentially turned two Disney Parks into “ghost towns.”

Disney After Hours is currently taking place on select nights at both Magic Kingdom and Disney’s Hollywood Studios, and wait times are insanely low.

A screenshot from the My Disney Experience shows just how low wait times are for these events.

As you can see in the photo above, the only ride with a wait time over 10 minutes on this particular night in January at Disney’s Hollywood Studios was Twilight Zone Tower of Terror with a 35-minute wait. Every single other attraction basically had a “walk-on” line.

Guests have reported being able to “do circles” around the Disney Parks while visiting these events, and they are allowing many Disney World fans the opportunity to experience their favorite rides and attractions without having to wait in insane lines.

The event is three-hours long and takes place after the two beloved Parks have closed.

The event at Disney’s Hollywood Studios takes place from 9:30 p.m. to 12:30 a.m. You can get a head start on the fun by entering the park at 7:00 p.m.—a couple of hours before the event officially begins. There are currently seven of these events still available, one in February and the rest in March and April.

This is how Disney World describes the event:

“You can experience more magic in less time when one of our theme parks stays open for 3 extra hours after the park closes for Guests with special event tickets to attend Disney After Hours.

With a ticket to Disney After Hours, you can explore one of our theme parks like never before—with lower wait times for attractions.

In the midst of all the fun and festivities, take time to refuel with ice cream novelties, popcorn and select beverages—included with the cost of admission.”

What do you think of the wait times at these special Disney World events? Let us know in the comments!