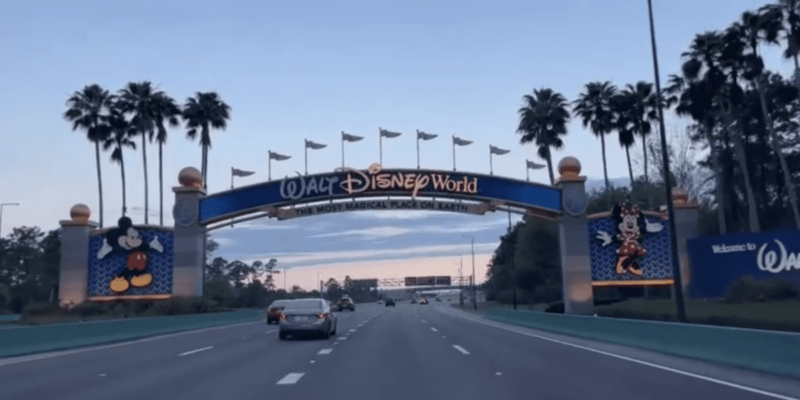 Disney has made some progress on an iconic piece of Walt Disney World property.

If you visit Walt Disney World a year apart, odds are that you’ll see something new the next time you visit. Disney is always adding new and exciting experiences to its Parks and Resorts, with 2022 and 2023 being big years for the Orlando Resort.

However, another part of the Walt Disney World experience changed significantly last year, though it’s admittedly quite a silly thing to care about.

If you have been a part of the Disney community for any amount of time, you will surely already know about the sad fate of several iconic landmarks across the Walt Disney World Resort. The first of two big blows came in the form of the classic Tower of Terror sign being completely demolished just days after we learned it would be removed.

The second situation involved Disney removing one of the welcome signs of the actual Resort, specifically the one that featured Mickey and Minnie on opposite sides of Guests driving by. Over the course of a week, Disney completely ripped both Minnie and Mickey from the installation.

Another sign, the Disney Vacation Club has also been worked on as of late. Thankfully, after initial worries that another infamous sign would be removed, Disney has seemingly given it a major facelift. Check out the photo below:

As you can see, the Disney Vacation Club van sign is still alive and well. Back when work first began on this sign, all the paint had been covered with primer. Thankfully, the sign came out looking better than ever, with character silhouettes being readded.

What’s your favorite landmark of the Walt Disney World Resort?