Disney Fans Will Never Do These Things Again - Inside the Magic 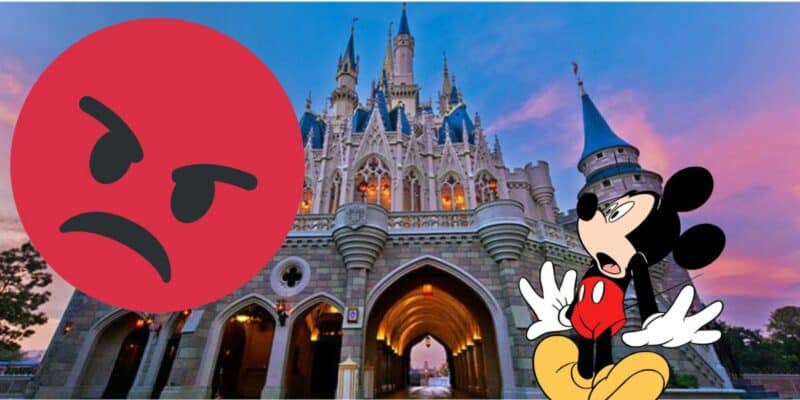 Walt Disney World is one of Disney’s biggest and most popular theme parks, home to such iconic fixtures as the Magic Kingdom, the Contemporary Resort and the EPCOT World Showcase. There are simply so many things to see, do, and experience that the mind boggles at the amount of magic Disney can hurl at its fanbase. However, not all Disney trips are created equal; some come with more than a few hiccups.

A recent Reddit post asked Disney fans “What are some things in Walt Disney World you would never do again?” While some experiences are far better than others, it’s hard to imagine that one of the most vocal fanbases on the planet would consider never doing something at Disney again. That being said, a hard truth even the most die-hard Disney fans will have to acknowledge is that sometimes things aren’t as magical as advertised.

Related: Every Way You Can Save at Walt Disney World in 2023

Of course, there are things considered to be blatant cash grabs, such as the heavily controversial Genie+, but then there are those that are a little better hidden behind the pixie dust of an “exclusive experience. u/Character_Two_2716 elates her experience when she writes,

“Fireworks Dessert Party. It’s a cheap money-grab that doesn’t offer enough to justify the price. Fool me once, shame on you Disney… you won’t be fooling me twice.”

Dessert and fireworks are one thing, but u/Jrgutknecht goes right for the throat in calling out Cinderella when they add,

To which u/Reesie1689 replies with their unpleasant experience,

“10000% we made reservations 6 months in advance. My family use to host a foreign exchange student from Germany. We knew she was homesick and was going to spend her 16th birthday with us. So we wanted to make her feel special. I specifically made reservations for just before fireworks time. Everyone told me that was the best time because you could see the fireworks from the windows in the castle. I even confirmed with the CM that made the reservation. But we get there and they had all of the curtains shut. When I asked if we could see the fireworks, we were told no due to construction in New Fantasyland. I was pissed!! Hearing the fireworks from in the castle is kinda terrifying. Kids were screaming because they didn’t know what was happening. It was kind of a disaster. We still made the best of it, I never complained because I’m just not that person. But with the price you pay as it is, to be shorted an experience you were told you would get, it sucks.”

It appears that Cinderella’s Royal Table is the living example of the phrase “All that glitters is not gold.”

Of course, there are some experiences not limited to the cash-grab category or the overrated camp either. Some fans are even in agreement that some long-time attractions to the Disney Parks are long overdue for some refurbishment or replacement. u/MasterKlutch offers his thoughts by writing,

“Tomorrowland Speedway at MK: as it stands it needs a huge overhaul. It’s incredibly bumpy, loud and there are so many fumes from all the gas emissions in those “go-karts”. I’ve ridden it a handful of times with my kids and each time left going “I hope I don’t have to ride it again” lol.”

“Agreed. Walking by there is always so unpleasant. So strange that in Tomorrowland they’re still embracing an engine that’s about to become obsolete.”

Of course, these are only a handful of stories shared on the post, and some can get quite lengthy and even tragic. Does that mean every hiccup at Walt Disney World is going to dampen any Guest’s experience? Absolutely not. However, fans need to realize that the Parks are in a constant state of evolution, and sometimes that comes with a little trial and error. Not every Disney experience is going to be 100% pure, but that doesn’t make visiting Walt Disney World a gamble. Sometimes the best Disney magic is the kind Guests find over the course of their visit, and not with one activity.

What Disney experience will you never do again? Tell us in the comments below!