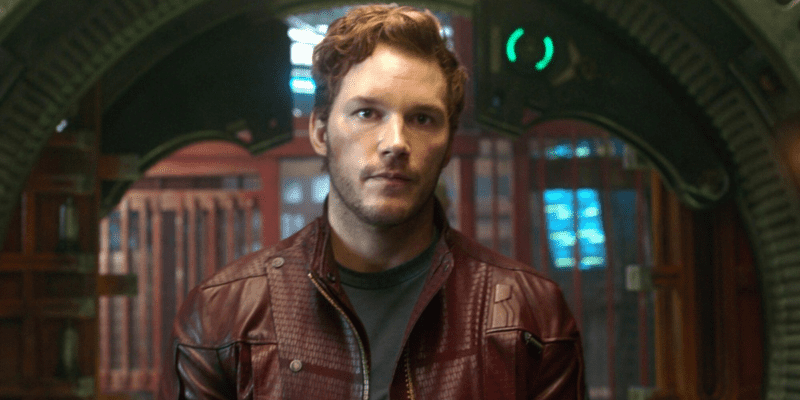 Chris Pratt has become one of the most recognizable names in all of Hollywood.

The actor just recently enjoyed the success of a box-office hit in Jurassic World Dominion, which surpassed $1 billion worldwide, but there is still plenty ahead as he looks toward the future.

While Chris Pratt is known for starring in blockbusters like the Jurassic World franchise alongside Bryce Dallas Howard, and playing Peter Quill / Star-Lord in the Guardians of the Galaxy franchise, the actor got his start on the NBC hit television series Parks and Recreation.

In a recent interview, the husband of Katherine Schwarzenegger revealed that a nude scene landed him in a bit of hot water during his time on the show, where he played the role of Andy Dwyer. Though there were policies in place, Pratt thought it would be funny to improv by actually getting naked on the set.

“Dropped trou, and then I got a letter from NBC saying basically never, ever do that again. There is a protocol to being naked, you must give everyone the option to not see it. I forgot, yes, there’s not that many people in the room, but there’s a camera and behind the camera is a ton of people watching, you know?”

Pratt said he even framed the later, which told him this was “the last warning” and not “some kind of a joke.”

“So I got naked and then they sent me a letter and I framed it, I got it right next to – I’ve got it in my office, I love it. It said, ‘First of all, this is not a joke. You’re being reprimanded. This is the last warning, it can’t happen again, and also we don’t want you going around and talking about this letter like it was something, some kind of a joke.'”

The actor has gone on to have an extremely successful career despite the little blip, and has an estimated net worth of more than $80 million.

Pratt will play the voice of Mario in the new Super Mario Bros. movie, which is set to be released on April 7, 2023. In addition, he’ll reprise the role of Peter Quill/ Star-Lord in James Gunn’s Guardians of the Galaxy: Vol. 3, which is set to be released on May 5, 2023. Pratt also just recently starred in two Amazon projects, The Terminal List and The Tomorrow War. Both can be streamed on Amazon Prime.

There have been rumors that Chris Pratt would take over for Harrison Ford in the Indiana Jones franchise, but the actor recently turned down those assumptions.

What do you think of Chris Pratt’s joke that went south? Let us know in the comments!