"Childish" Experiences Adults Love at Disney - Inside the Magic 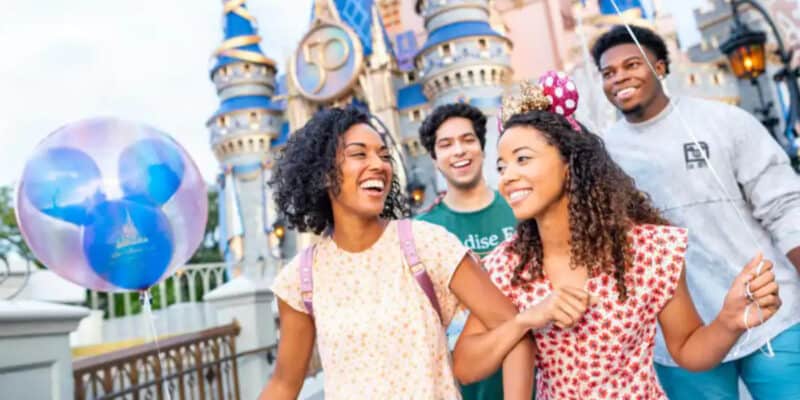 Disney Adults are popular/infamous subject on  social media and newsfeeds, and users have eaten them up like sharks. However, many consumers and fans seem to have forgotten that the main point of the Disney Parks is for Guests to let their inner child out to play for a little while. Although many skeptics are quick to criticize, many adults have shared their favorite childish activities when they go visit.

Even Walt Disney himself encouraged the “oldsters” to go out and enjoy the Parks, and the company also launched a full campaign to encourage adults to be a little more childish. It’s not just a place for parents to take their kids for pictures with princesses and animated mice; it’s a place where Guests of all ages can experience the magic of Disney. The Parks are so popular with adult audiences that some have shared their favorite child-like experiences on Reddit.

Related: Is Disney Reaching Out To Disney Adults?

“Meeting characters. It’s really fun to interact with different characters, especially if you’re a fan of the movies. It’s like meeting the characters in reality.”

“All the characters. That’s all I care about, if I cared about rides I’d go to the amusement park a couple hours away from where I live. Mine and my moms whole trips are planned around characters. She doesn’t care about princesses so usually she waits with me while I meet them, but she joins in for fur characters…”

Along with the characters, many Guests have expressed the absolute delight of enjoying the various tasty treats available at the Parks. Turkey legs and churros are great, but there’s always been a certain affinity for frozen treats like Mickey Bars and Dole Whips amongst the fans.

“I’d have to say ice cream for dinner rates among the pinnacle of things I will ONLY do at Disney.”

To which u/TexasFordTough shares their fond memory beneath,

“When we were at Hollywood studios, a downpour came out of nowhere and the Indiana Jones show we were waiting for was canceled. My husband wanted to go back to the hotel and call it a day but I have a video of us hanging out under the tented entry to the show, soaking wet while I happily chow down on a Mickey bar.”

The same question was asked in r/Disneyland, and the Californian fans aren’t much different than their Floridian counterparts. As his original Park, of course its going to have the same charm that Walt Disney created when the gates first opened.

u/MamaDragonExMo shares their experience with Disney’s dark rides by writing,

“Two of my favorite rides are Peter Pan and Mr. Toad’s Wild Ride. I’m 55 and have been going on them since I was a kid. I’ll never stop loving them and now my teens are just enamored with them as I am.”

“I love the Storybook boats at night, saying hello to sentimental characters, the “kids” rides in Cars Land, and a few other DL dark rides.”

Meeting the characters, riding the rides, and enjoying an ice cream treat are all activities commonly enjoyed by the younger visitors at the Disney Parks, but these grownup Guests are more than happy to share their happy memories of feeding that inner-child. Disney was never intended to have an age limit, but to be something enjoyed by a constantly growing audience. For both the young and young-at-heart, there’s always fun to be had at the most magical places on earth.

What “childish” activity do you enjoy at the Disney Parks? Tell us in the comments below!