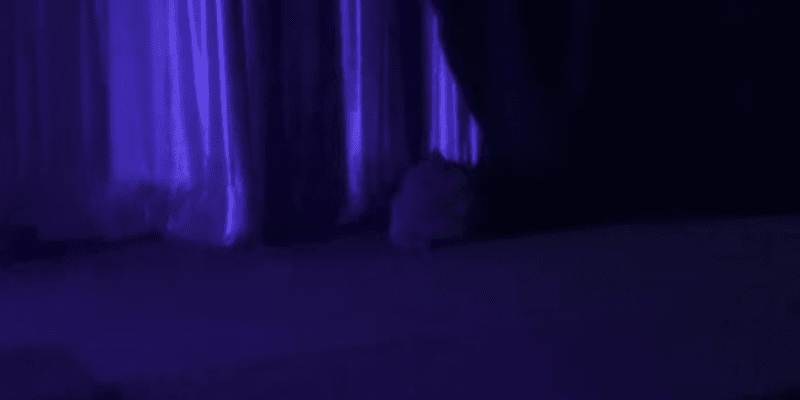 Walt Disney World Resort can control a lot of things, but a couple of things that it can’t include the weather and the Florida wildlife.

Disney World Guests who have visited Magic Kingdom, Disney’s Animal Kingdom, Disney’s Hollywood Studios, and EPCOT have reported plenty of encounters with wild animals. Numerous snakes and alligators have been spotted at “The Most Magical Place on Earth,” and on occasion, there have even been videos surfacing on encounters with the wildlife, like a Disney Cast Member wrangling a snake.

Just recently, a picture was shared of an opossum in the track of Splash Mountain at Disneyland Park, causing the attraction to close down for a brief period.

Now, another video has come forward showing an adorable animal who somehow found itself inside a Walt Disney World Resort attraction.

The attraction in question is none other than Walt Disney’s Carousel of Progress.

When many users saw the video, they were concerned for the cat’s safety. Walt Disney’s Carousel of Progress has been the site of several unfortunate accidents in the past, including the tragic death of Deborah Gail Stone, which happened back in 1974 when the Disney Park Guest was crushed by the rotating wall.

Because of these accidents, some were concerned that the cat might find itself in a bad predicament when it attempted to exit the building.

Luckily, nothing of the sort happened has been reported and it seems that Disney World Cast Members were able to safely remove the feline from the ride.

With the classic song “There’s a Great Big Beautiful Tomorrow” by the Academy Award-winning team of brothers Richard and Robert Sherman, the show was an instant hit. Following its success, the show moved to Disneyland Park and was renamed “The Carousel of Progress.”

In 1975, the attraction moved to Magic Kingdom Park where it was rewritten and restaged with a new theme song, “The Best Time of Your Life.”

Have you ever seen anything like this at Walt Disney World Resort? Let us know in the comments!