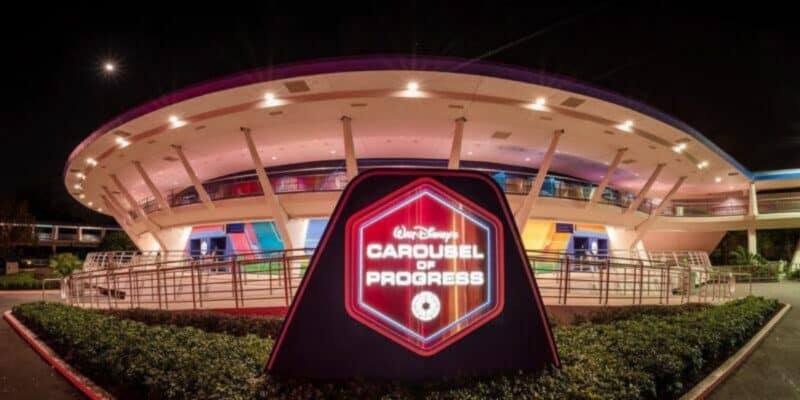 Walt Disney’s Carousel of Progress, an attraction at Tomorrowland in Magic Kingdom, is an interesting look into the “future,” as it takes Guests through different eras to see how innovations and technology like gas lamps, electric irons, and automatic dishwashers helped shape the lives of individuals and pave the way for more modern conveniences.

However, this is a bit ironic, considering this attraction has been notorious for either having animatronics that don’t work properly or the ride itself breaking down, as was the case at Magic Kingdom yesterday.

According to a Reddit post from user wooshylife, Guests were evacuated from Carousel of Progress, as it was becoming increasingly nonfunctional:

Breakdown and evacuation of Carousel of Progress (11/27/22)

Additionally, the Reddit user provided more context to the situation:

Carousel of Progress broke down today. The stage lights were on for the first two scenes and a bit of the third scene. The backstage could be seen in the transition to the third scene. The stage lights turned off in the blown fuse scene and it played normally. Going into the fourth scene, Rover was stuck with his head up and John did not move except for his foot and his blinking function. In the middle of the fifth scene we were told cast members would be with us shortly and after the scene ended we were evacuated off of the ride. Also in the fifth scene the dinner table had new chairs.

Several commenters shared their experience of the attraction malfunctioning when they were there, and in some cases, getting evacuated as well. For instance, user ebrooks0130 explained:

My husband and I were in the fourth scene when we got escorted out! It was our first time on CoP, pretty memorable haha

Last month on our first time on CoP, and it got stuck in the second scene and we had to listen to it repeat the same scene 6 times before we were evacuated.

User MysteriousFeed also recounted a detailed story of the attraction breaking down:

We also had it goof on us. The second scene, the wheel didn’t turn, and the lights went out. They said “oops, sorry folks” and after about 5 minutes, the same scene repeated in it’s entirety. It’s a special, nostalgic ride. Crap like that goof just made it boring. My kid was actually somewhat into it until that happened. Lol. We did all have a laugh at the idea of the Carousel of Progress repeating itself and having hiccups….ah progress

Some commenters shared similar experiences of either this attraction or other ones at Magic Kingdom breaking down, such as “it’s a small world” or Pirates of the Caribbean. Others explained what they thought should happen to the attraction, whether they wanted it fixed or have a complete overhaul.

Others mentioned that the recent change of Disney’s CEO may help bring some much-needed attention and maintenance to this attraction, possibly updating it as well.

What do you think of this ride’s repeated malfunctions? Should Disney focus on repairing the ride, updating it, or replacing it altogether? Tell us what you think in the comments!