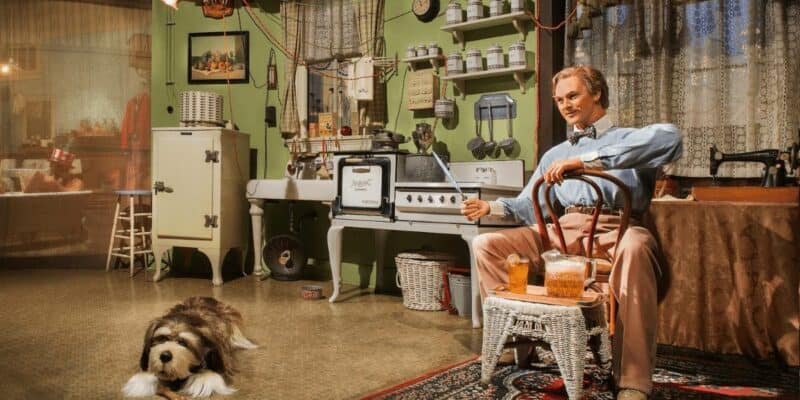 Disney has always focused on the future, bringing new innovations to highlight at the Parks. This is especially true at Walt Disney’s Carousel of Progress, an attraction at Magic Kingdom Park.

At this attraction, which consists of Audio-Animatronics in a revolving theater, Guests follow an American family throughout the 20th century and experience the rapid growth of technology throughout the years. However, in one Guest’s recent experience, this so-called “Carousel of Progress” seemed to be more regressive.

Related: What’s Going On With Carousel of Progress Today?

his head was slouched the whole time during this scene, is this normal or is he broken

his head was slouched the whole time during this scene, is this normal or is he broken from DisneyWorld

Most of the comments on this Reddit thread made some funny jokes about this broken animatronic. For instance, user ferd_the_goon joked:

Too much spiked egg nog for Grandpa

However, this isn’t the first time this ride has malfunctioned in recent history. For instance, John’s hand had fallen off at one point. In fact, another Reddit user, collectorofstuff65, shared a recent experience with one of the ride’s other animatronics malfunctioning:

The daughter’s head was looking downwards in kind of a weird way two weeks ago when I was there too.

Though there were plenty of comments made in a joking manner about the grandpa being old, or the ride itself even getting older (almost 50 years old!), other comments assured the poster that this was not normal for the character and that they should tell a Cast Member about the malfunction.

Here is the official description of the attraction, per Walt Disney World Resort:

Have you ever experienced something like this on Carousel of Progress? Tell us your story in the comments!