Universal Orlando Excavating Remnants of Extinct Location - Inside the Magic 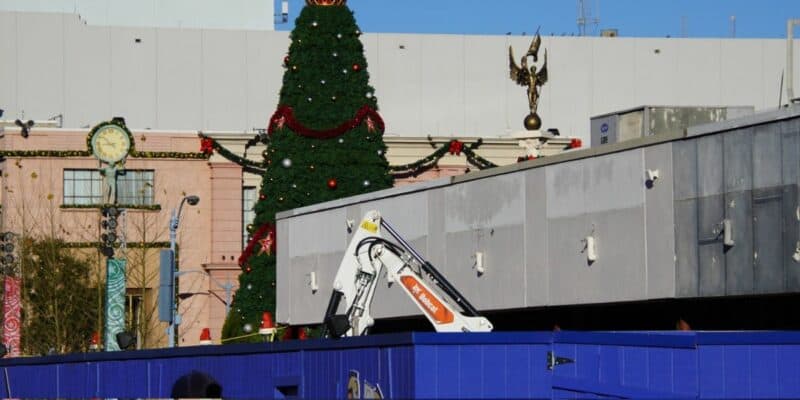 Earlier this year, Universal Orlando sadly announced that a beloved quick-service restaurant, Universal Studios Classic Monsters Cafe, would be permanently closing following a temporary closure during the ongoing COVID-19 pandemic. This fell in line with the closure of Shrek 4-D as well.

This was just one of the many closures the Universal Orlando Resort announced this year, with another bombshell dropping just a few months ago regarding Woody Woodpecker’s KidZone.

The Woody Woodpecker KidZone houses multiple attractions such as Fievel’s Playland, the titular Woody Woodpecker’s Nuthouse Coaster, Curious George Goes to Town, DreamWorks Destination, and Shrek and Donkey’s Meet & Greet, but Universal revealed these would not be offered for much longer.

Select attractions and areas in the land will shut down for good on January 16, 2023, meaning Guests only have a few months left with these experiences. Thankfully, the E.T Adventure will remain in the Park among a few other attractions.

The Resort has been hard at work on renovating the space of the former Shrek 4-D attraction, with excavators on the scene now. Check out the photo shared by avid theme park photographer bioreconstruct (@bioreconstruct):

Excavator busy this morning next to Minions Cafe.

Excavator busy this morning next to Minions Cafe. pic.twitter.com/dwzK4iASCf

This seemingly confirms the new cafe will be Minions-themed, as it would tie in nicely with this new attraction.

Universal is rumored to be developing an entire Classic Monsters Land at Epic Universe, the massive theme park set to open in 2025, and there will undoubtedly be exciting and interactive dining experiences in this land when it opens.

What are your thoughts on the Minions? What do you hope to see at Universal’s Epic Universe Park?

Comments Off on Universal Orlando Excavating Remnants of Extinct Location