Rule-Breaking "Commonplace," Disney Begs Guests to Change - Inside the Magic 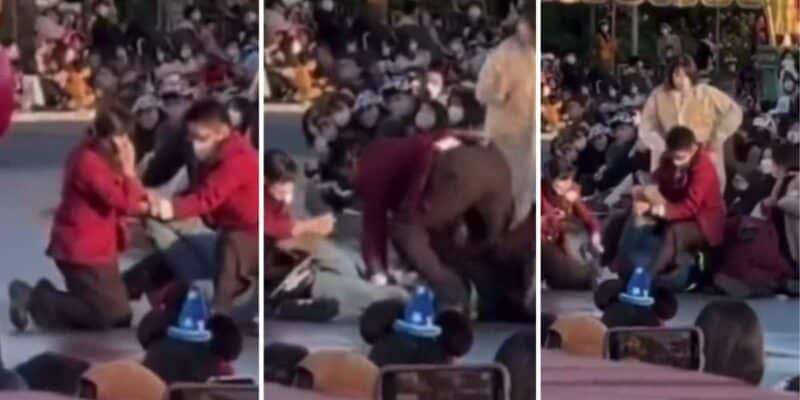 Walt Disney World Resort and Disneyland Resort are two of the most magical destinations in the world.

Disney Park Guests from all over the world visit the two Disney Resorts to enjoy iconic attractions and spectacular entertainment offerings that simply can’t be experienced anywhere else.

However, there is more to visiting Disney than just riding Haunted Mansion, Pirates of the Caribbean, Jungle Cruise, Indiana Jones Adventure, Splash Mountain, Space Mountain, and Big Thunder Mountain. You’re constantly surrounded by crowds and this means you must get along with others or risk not only ruining an experience for yourself, but for them, as well.

Over the course of the last year, Walt Disney World Resort and Disneyland Resort have seen its fair share of rule-breakers. From people attempting to climb Cinderella Castle, to Guests jumping out of rides, to massive brawls, and of course, line-jumping, there seems to be a major uptick in bad behavior coming from Guests.

As a matter of fact, the rule-breaking has become so bad that Disney recently had to put a message on its website asking Guests “be the magic you want to see.”

Be the magic you want to see in the world. You must always remember to treat others with respect, kindness and compassion. Those who can’t live up to this simple wish may be asked to leave Walt Disney World Resort.

This message has led to many Disney Park fans talking about the behaviors they’ve seen from Guests over the last year, and many Parkgoers who frequent the Parks often say that rule-breaking has become “commonplace.”

It doesn’t take much to see that Disney Cast Members have become worn down by Guest behavior, and it’s clear that people visiting the Parks need to make sure they abide by the rules and show common courtesy to both other Guests and to Cast Members while at “The Most Magical Place on Earth” or “The Happiest Place on Earth.”

What has your experience been like with Disney Guest behavior? Let us know in the comments!

Comments Off on Rule-Breaking “Commonplace,” Disney Begs Guests to Change