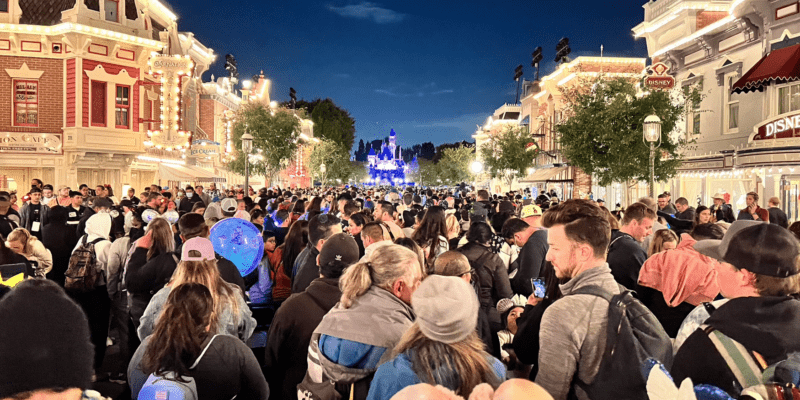 Walt Disney World Resort and Disneyland Resort are two of the most popular theme park destinations in the country.

Over at Disneyland Resort, you can enjoy two world-class theme parks in Disneyland Park and Disney California Adventure with many more iconic attractions, including many exclusives like WEB SLINGERS: A Spider-Man Adventure, Guardians of the Galaxy: MISSION BREAKOUT, The Incredicoaster, Mr. Toad’s Wild Ride, Indiana Jones Adventure, and much more.

While both of these places are absolutely magical, one thing that has ruined trips for many Disney Park Guests is line jumpers.

Recently on social media, many Disney fans talked about their experience with line jumpers and tactics that they’ve seen many people use to cut the line.

“The weird thing is I almost never see anyone leaving the line, just dozens of people pushing their way through to find their group (if they have their group at all) and it’s almost never little kids…. I really think they should institute a “left the line for potty emergency” pass that allows you to re-join your party at a certain point, and stop the obvious line-hopping.”

Many Guests said they were frustrated when groups of people pass through in line, attempting to catch up to their party, which is only being held in line by a couple of people.

“I have no problem if most the group stays and someone has to leave to use a washroom or whatever,” another Guest said. “But if you have one person holding the place for the rest of the family to go on other rides or get a snack it’s an issue.”

Most agreed that if someone had to leave the line to use the restroom and then returned that they would be okay with it, but that is not the typical case with what is happening.

“It’s only ok when a minority of the group needs to cut, no more than 3-4 people as well,” another said. “If it’s 7 people trying to get up to 2 people, IMO, those 2 people can move back to the larger group.”

“A couple people, no big deal. 7 people joining their group late to go on Dumbo, with only 2 of the late joiners being children (meaning they will take up a LOT of the elephants), really ticked me off. If you have a group of 13, and half of your group is late, just wait for everyone before getting in line.”

Disney Cast Members certainly work extremely hard to ensure that all Guests are treated fairly and that everyone follows the posted rules.

What’s your worst line-jumping experience at Walt Disney World Resort or Disneyland Resort? Let us know in the comments.