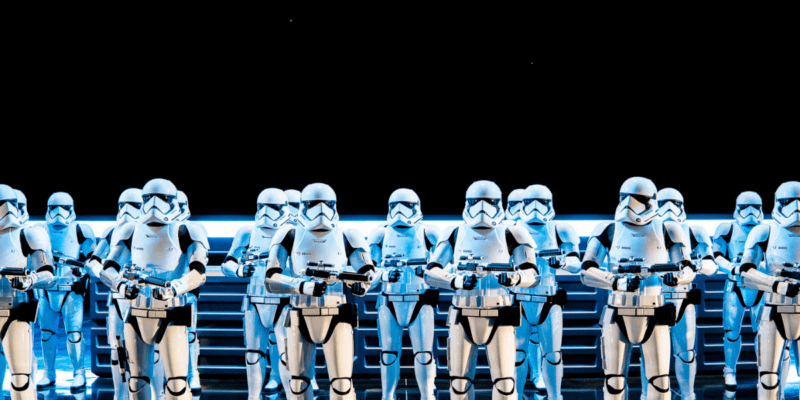 Long lines have been an issue at Disneyland and Disney World, especially during the recent holidays. However, even though this is a special time of year in which more Guests frequent the Parks, crowding has been an issue in the recent past.

And with crowding comes the potential for extremely long wait times. For example, just this week at Disney World, line wait times rose to 220 minutes for Avatar Flight of Passage and 120 minutes for Peter Pan’s Flight. And, though tools like Genie+ and Lightning Lane are meant to help Guests by reducing their wait time, Genie+ has sold out at Disneyland in recent days because of high Park attendance and Guest demand.

A recent Reddit post asked fellow Disney Parks goers, particularly Disneyland frequenters, their thoughts on getting rid of physical lines. This post has since been deleted, but it essentially asked if it would be better to eliminate physical lines and instead implement virtual queues, such as those already being used for attractions like Star Wars: Rise of the Resistance or WEB SLINGERS: A Spider-Man Adventure.

Commenters had plenty of thoughts on this topic, mainly on the importance and reasoning behind physical lines, especially at Disneyland, which is a much smaller Park than the Disney World Parks.

Related: Disney World So Crowded That Guests Are Using Apple AirTags to Track Their Kids

User azdisneyswifty was one of these commenters, saying that lines were necessary for crowd control:

I’ve heard before that lines contribute to crowd control. I don’t know if that’s true or not, but it makes sense to me. Imagine if all the people standing in all the lines were just wandering around the park instead. There would be so many more people to navigate around.

There are only so many pathways to store the people. Lines store people.

User b0b0nator chimed in with a different perspective, saying that Disney needs to put more of an emphasis on shows to draw in some of the crowd away from the rest of the Park:

Shows, Disney is lacking big time on the shows. Before covid we had magical map, frozen, and two parades. They are bringing back magic happens, a solid 10/10 parade which will suck up many families. No frozen show, also festival of the lion king is not magical map.

Everyone forgets how many people shows suck up in crowds because we haven’t seen them in 3 years. The crowds are going to even out to before Covid levels once the good shows come back.

Other commenters pointed out that even if physical lines were no more, there would be an issue, as there are not enough sitting areas for Guests. Others also pointed out that lines are important for crowd control, as there is not really anywhere else for Guests to go when they’re not waiting in lines.

Disneyland is a fairly small Park, and Cast Members and management have figured out how to make the most of this space, especially in the queues. Though some virtual queues may help with crowding in the future, it is not likely that physical lines will go away anytime soon.

What do you think? Should the Disney Parks move toward digital lines?