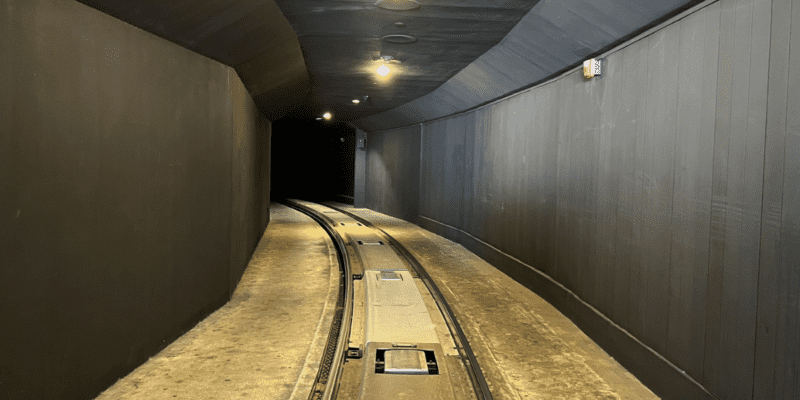 Walt Disney World Resort is The Most Magical Place on Earth, but it’s far from perfect. Even the slowest of Disney Parks attractions break down sometimes as thousands of Guests ride each day.

On Saturday, a Guest riding The Tomorrowland Transit Authority PeopleMover at Magic Kingdom took to Twitter to vent about being trapped on a boring section of the ride right after the dark journey through Space Mountain. @ogorangebird wrote:

Ugh, bad place to be temporarily delayed on #peoplemover

Ugh, bad place to be temporarily delayed on #peoplemover pic.twitter.com/68VSTumflW

Fellow Disney Parks fans empathized with the Guest, as the plain black tunnel is the least entertaining part of the ride. @vianapolitano replied:

Of all places on that ride. I feel ya.

Of all places on that ride. I feel ya. pic.twitter.com/7QBlcfNAQ9

But others said the Guest should feel lucky to be at Walt Disney World Resort in the first place. @DisneyOnParade commented:

At least you’re on the People Mover. 🤷🏼‍♂️

At least you’re on the People Mover. 🤷🏼‍♂️

Thankfully, the interruption appeared brief, and The Tomorrowland Transit Authority PeopleMover is operating normally at the time of this article’s publication.

The Tomorrowland Transit Authority PeopleMover is a slow-moving, all-ages tour of Tomorrowland at Magic Kingdom. Disneyland Resort was the first Disney Park to have a PeopleMover, but the ride closed at Disneyland Park in 1995. From Disney:

Have you ever been stuck on a ride at Magic Kingdom, EPCOT, Disney’s Hollywood Studios, or Disney’s Animal Kingdom?