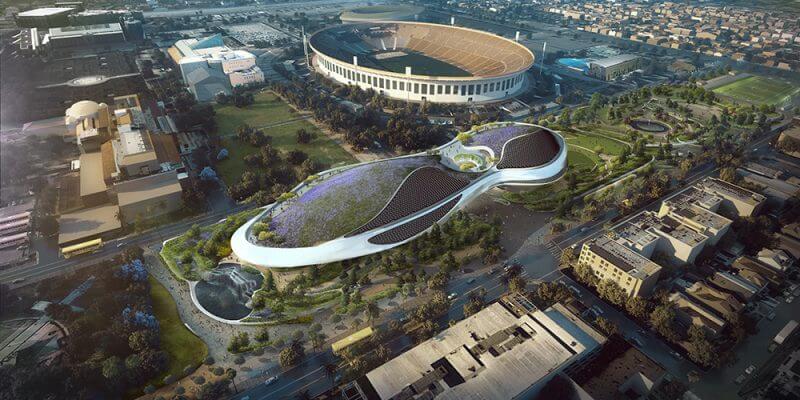 The groundbreaking took place at the museum’s future location at Exposition Park in Los Angeles, with George Lucas, his wife and co-founder Mellody Hobson, Los Angeles Mayor Eric Garcetti, city councilmember Curren Price, the museum’s Board of Directors, and more than 100 civic and community leaders in attendance.

Thrilled to join Mellody Hobson and George Lucas for the groundbreaking of the @LucasMuseum of Narrative Art, a $1 billion investment in our city that will inspire generations of Angelenos! pic.twitter.com/vzRYGchT2V

The Lucas Museum of Narrative Art will feature movie memorabilia, comics, paintings, photos, digital art, and illustration. Lucas has donated around 10,000 pieces from his personal collection, and guests can look forward to seeing Luke Skywalker’s original lightsaber, Darth Vader’s helmet, and items from other classic films like “The Wizard of Oz,” “Casablanca,” and “The Ten Commandments.”

In addition to art collections, the museum will be home to theaters, lecture halls, classrooms, a public research library, and dining.

Below, you can see renderings of the museum by Ma Yansong of MAD Architects. “In my feeling, popular art is an insight into a society and what they aspire to — what they really are,” Lucas said. “It’s telling the narrative of their story, their history.”

And the shovels are in! George Lucas, Mellody Hobson, Mayor Eric Garcetti, and the entire Lucas Museum team have officially launched construction in Exposition Park. pic.twitter.com/sNla299ZLn

Construction on the Lucas Museum of Narrative Art is expected to end in late 2021. For more information, visit the museum’s official website.