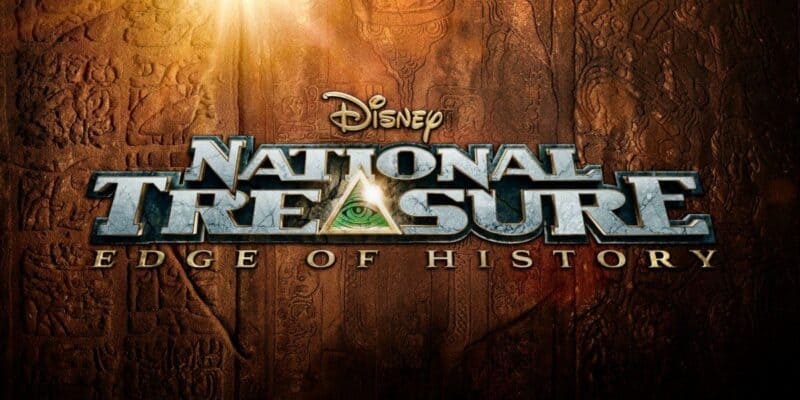 In little less than a week, December 14 to be exact, National Treasure: Edge of History will be premiering on Disney+.

This fall has brought us a lot of amazing new shows and movies. The long-awaited Disenchanted came out, along with The Santa Clauses series starring Tim Allen, not to mention Best in Snow gameshow.

Related: Bernard Is Finally Back in Beloved ‘Santa Clauses’ Series

Perhaps, one of the more anticipated shows to be coming out is the latest addition to the National Treasure franchise. Starring Nicolas Cage as Ben Gates, the first movie follows Ben, Riley (Justin Bartha), and Abigail (Diane Kruger) as they search for a Freemason treasure. They did have to steal the map, which happened to be on the back of the Declaration of Independence.

Like in the past franchise entries, this new installment will be rooted in themes of family and legacy.

It’s all about learning where Jess comes from and the thrill of getting to the treasure first. Edge of History promises to be another highly entertaining entry full of puzzles, traps, and endless clues.

Related: Nicolas Cage in Discussions with Disney For ‘National Treasure’

It will also be touching on a new side of American history with the involvement of the Mexican-American war.

The cast has a message for you — can you guess what it is? Don’t miss the two-episode premiere of National Treasure: Edge of History on December 14, only on Disney+.

The cast has a message for you — can you guess what it is? 🤔 Don't miss the two-episode premiere of National Treasure: Edge of History on December 14, only on @DisneyPlus #NationalTreasureSeries pic.twitter.com/jJEnOYh9Q3

Disney recently released seven new character posters. Each character has their own trait associated with them. To the naked eye, these would be descriptions of the characters. However, any fan of the franchise knows better.

However, these are motion pictures, and in true National Treasure fashion, there are hidden clues in the posters.

Clues to a much larger message are encoded into these posters. Think about how Riley, in the first movie, hires a kid to help him decode a message from the Silence Doogood letters.

Whatever the decoded message is, we can’t wait to start streaming the newest installment of National Treasure!

Who is your favorite character from the movies? Let us know in the comments.