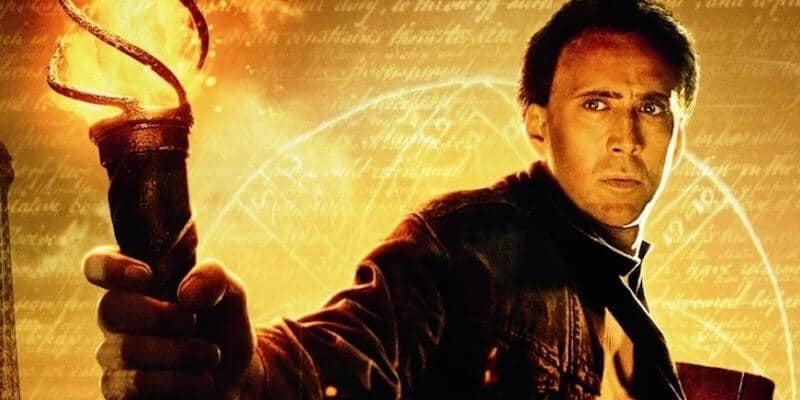 Nicolas Cage is in discussions, once more, to return for National Treasure 3.

A new report from THR claims that Cage is in “various stages of discussion” for returning as Benjamin Gates in the National Treasure franchise.

It has been 15 years since audiences have seen Nicolas Cage as Dr. Benjamin Gates.

All that is known for certain right now is that Nicolas Cage is in discussion with Disney about starring in another National Treasure sequel. It still hasn’t officially been announced. Although, the script did receive a positive update a few months ago.

Disney launched the first National Treasure movie back in 2004. The movie follows Benjamin Gates, played by Nicolas Cage. He travels the world searching for hidden treasures wrapped up in world history.

National Treasure: Book of Secrets came out in 2007.

The newest installment, National Treasure: Edge of History is a soft reboot of the movie franchise.

“Jess Valenzuela, a 20-year-old dreamer, sets off on an exploration to discover the mystery of her family history. And with the help of her friends, seeks to discover historical lost treasure.”

Jerry Bruckheimer, producer of the National Treasure films, has also spoken about the third feature-length installment in the franchise. “We’re certainly working on one [National Treasure] for streaming and we’re working on one for the big screen,” Bruckheimer said. “Hopefully, they’ll both come together.” As for Edge of History, announced cast members include Lisette Olivera, Lyndon Smith and Catherine Zeta-Jones. Harvey Keitel and Justin Bartha will also reprise their respective roles of Special Agent Peter Sadusky and Riley Poole.

The series is coming to Disney’s streaming service on December 14th, 2022.

Are you excited for the new series coming out? Let us know in the comments.