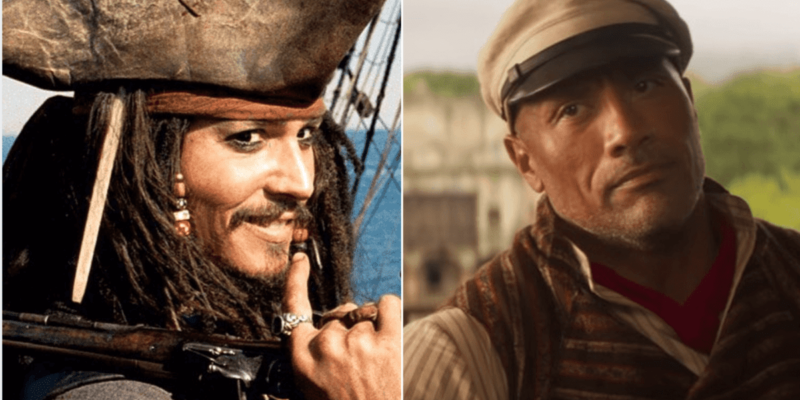 Disney is moving forward with Pirates of the Caribbean, seemingly without Johnny Depp.

POTC Producer Jerry Bruckheimer recently addressed the reports that Margot Robbie’s film had been put on hold, and shared that the plan was to move forward with another script.

“I think that that script will come forward at a certain point,” Bruckheimer told Variety. “We developed two different stories for ‘Pirates’ and the other one’s going forward first, so that’s what we’re working on, to try to get that one made.”

Now, with Disney seemingly moving forward without Johnny Depp– who is still in seeming legal battles with Amber Heard– and not selecting the script with Margot Robbie as the lead protagonist, there are two names that have been floated out as possibilities that have not been ruled out thus far.

Dwayne Johnson was one name that was reported heavily this summer. While Disney hasn’t confirmed this, it would make sense for them to attempt to replace a beloved name like Johnny Depp with a star who fans also love, in Dwayne Johnson. Of course, it’s unclear if Disney and Johnson could come to an agreement or if Johnson would even want to take on the role knowing that it could come with backlash.

Another name that has recently been brought up in reports is Dylan O’Brien, who Disney may be looking to lean on to potentially “revive” the franchise. O’Brien is known for his role in MTV’s Teen Wolf, as well as the Maze Runner franchise.

It’s unclear what O’Brien’s role could be in POTC, but it would make sense to go with a younger actor if the idea is to attempt to “revive” the franchise and go in a different direction, especially if the plan is to develop a Disney+ series.

There have also been rumors about Orlando Bloom (Will Turner) and Keira Knightley (Elizabeth Swann) potentially reprising their roles.

Keep in mind that none of these rumors have been confirmed by Disney.

What do you think of these possible replacements for Johnny Depp (Captain Jack Sparrow)? Let us know in the comments!