MCU Actor Unsure About Marvel Return, Might Focus On New Opportunity - Inside the Magic 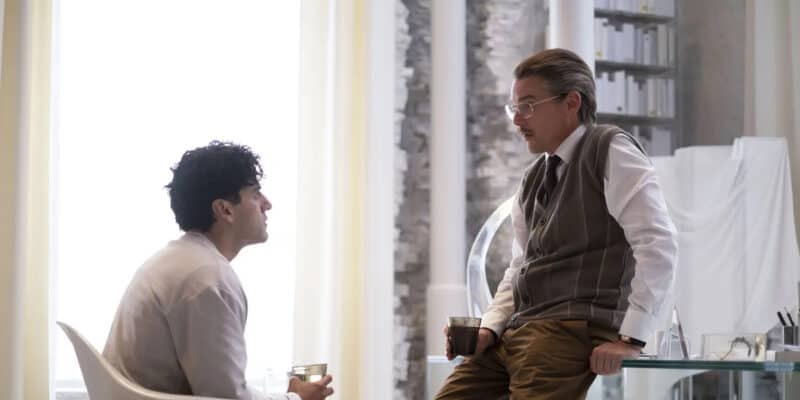 Ethan Hawke can’t decide if the Marvel Cinematic Universe is something he will return to for a later project.

Related: Christian Bale Open to Returning to MCU… On One Major Condition

Hawke almost said no to playing Arthur Harrow initially, but Oscar Isaac persuaded him that he was the only actor who could star as Harrow. So Hawke starred as the villain of Isaac’s Moon Knight and faced off against Khonshu’s new servant as the villain tried to resurrect Ammit.

One thing that makes Moon Knight stand out from other MCU series is that Marc Spector dealt with Dissociative Identity Disorder and was essentially three people in one body. Most of the time, fans got to see Marc Spector and Steven Grant, with the hero having gaps of unaccounted time where a mysterious third personality takes over. In the end, Harrow’s fate was left with Harrow meeting Moon Knight’s hidden personality, Jake Lockley aiming a gun at him and the camera panning away as he fired.

Some could easily say that Harrow is dead, but others might remember that any death onscreen doesn’t necessarily mean fans got to see the full picture. Knowing Marvel, there are plenty of stories where Harrow could return as Moon Knight will have created a lot of enemies after defeating Ammit.

Yet, any future possibility of Harrow returning is up to Hawke as Marvel’s new way doesn’t require the actor to return unless he really wants to.

In an interview with The Playlist, Hawke shared how he originally grabbed the role due to Oscar Isaac’s passion for the project:

“And I saw a real opportunity with Oscar Isaac for Moon Knight. There was a fire inside Oscar about that project. He really wanted to play that part. And that’s a good sign. With Oscar, I could tell he was going to do his damnedest to give an outstanding performance inside a blockbuster.”

Hawke was perfectly fine taking on the task with Isaac because he saw it as one huge swashbuckling adventure between the two of them and loved the idea of contributing to that type of story with someone like Isaac at the helm:

“And I thought, ‘Well, hell, I’d like to help him try to do that.’ It was just two actors in the middle of a big swashbuckling event piece. We could at least try to do what we do inside of it. And I really had a great time, to be honest. The exciting thing about the people at Marvel is that they love actors. They’re very generous towards actors, and they really understand that if there’s a likely high correlation—if an actor is really turned on to give an outstanding performance— the chances of the audience responding well to that are very high. What we don’t like is audience members are watching somebody phone it in, right?”

Then Hawke was asked if he had any interest in returning, and he admitted that it wasn’t on his radar as stage theater was something he was considering:

“I really don’t know. There are so many things I want to do [outside of Marvel]. With the pandemic lingering around in the rearview mirror a little bit—knock on wood—I feel drawn to doing a play. I find that top of my mind again as I walk down the street and think, ‘When am I going to get back on the stage again?’ Because that always feels healthy. It turns me on, and it turns my brain on in a way.”

With Hawke focused on returning to the stage, it seems that his immediate future with Marvel will not happen. Even if it takes Hawke a few years to decide to return, the MCU will be vastly different and perhaps could use a villain like him, but with his ambiguous ending in Moon Knight, Marvel could easily kill the villain off and confirm he won’t be returning.

With how many MCU villains Marvel has, Harrow isn’t one that fans will be upset about if he never returns, but he will remain one of the more interesting villains in Phase Four as he played a unique role in the MCU who wasn’t entirely evil but saw a distorted view on how the world should work, which is why Khonshu had to stop him.

Right now, it’s hard to say even if Moon Knight will return as the cast constantly tease a second season, but admit that no work is being done to bring the second season into development. For all we know, Oscar Isaac might take years to return as Moon Knight due to his busy schedule and might take a hiatus to be with family before even returning to the MCU.

Do you think Ethan Hawke or Oscar Isaac will return? Let us know what you think!

Comments Off on MCU Actor Unsure About Marvel Return, Might Focus On New Opportunity