Lost Disney Attraction to Receive Massive Change - Inside the Magic 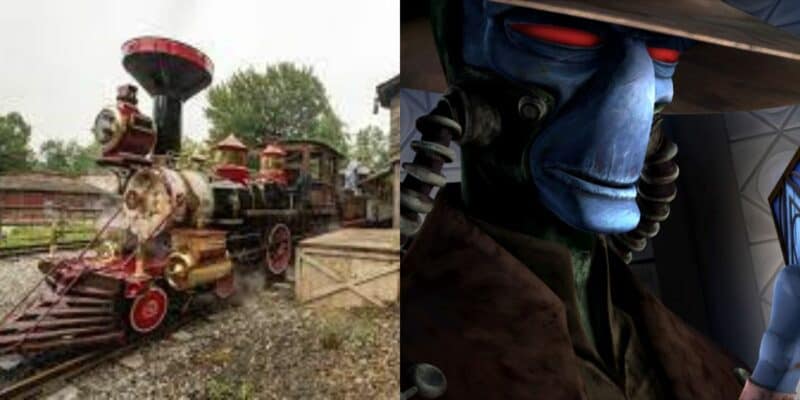 It was recently announced that the Walt Disney World Railroad is on its way to an official reopening, but the update doesn’t come without some ride-changing developments. While fans are undoubtedly overjoyed at the return of this Disney classic, some purists might take issue with the fact that the ride isn’t just getting a new track layout but a new voice-over to go with it.

NEW: The Walt Disney Railroad will reopen “this holiday season” and will feature “a completely refreshed track looping the park” and “an all-new voice to bring guests into the beloved stories they encounter as they travel from one magical land to the next,” Disney confirms. pic.twitter.com/ZF0a2dspAc

Scott Gustin’s recent tweet on the announcement promised “an all-new voice to bring Guests into the beloved stories they encounter as they travel from one magical land to another.” While that sounds absolutely marvelous, it also means that the trains will be losing the dialogue and performance by Corey Burton from the original attraction. The audio has been a part of the attraction for decades and, as with most ride updates, there will definitely some vocal reactions on the horizon. But why would it’s removal be such a big deal?

Casual Disney fans better know Burton for his various roles in various Disney properties such as his tenured roles as Ludwig Von Drake and Captain Hook, but some of his most recent work has been in the Star Wars series, most famously the role of Cad Bane for both The Clone Wars and The Book of Boba Fett, but die-hard Mousketeers know him by the informal title of “The Voice of Disney.” Burton has provided the voice-overs for several Disney rides and attractions like the Walt Disney World Monorail, Seven Dwarfs Mine Train, and Mr. Toad’s Wild Ride, just to name a few.

With such a decorated career, removing him from the railroad might be considered heresy by some fans. While it’s entirely probable and possible for him to reprise his role of the train’s conductor, Disney might be looking to update the attraction with a new actor. Is Disney replacing him? If so, then with who?

There are dozens of favorite actors on Disney’s payroll, some with even longer careers than Burton. Actors like Josh Gad, Chris Pratt, and Jim Cummings (who’s also done countless roles for Disney in and out of the Parks) are just a few of the regular performers that could hypothetically step in for the new audio. That all being said, a true answer won’t be revealed until after the ride officially opens. Either way, it’s nice to know that the trains will be moving forward in more ways than one.

Do you think “The Voice of Disney” will be replaced? Tell us in the comments below!

Comments Off on Lost Disney Attraction to Receive Massive Change