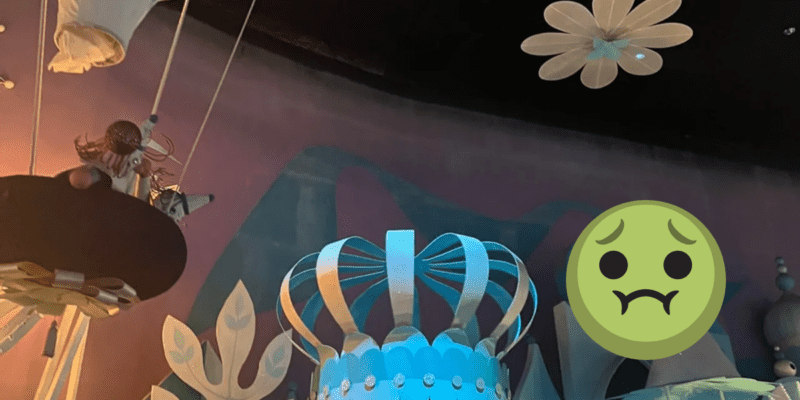 We’ve spent the past few months reporting on disrepair at “it’s a small world” at Disneyland Resort. Some dolls have come up missing, while others suffer in disrepair. But it seems the California Disney Park isn’t alone.

This week, Reddit user u/RegularDiver8235 shared two photos of what appears to be mold growing on the iconic boat ride:

It’s a small world at magic kingdom is looking atrocious. Does anyone know what this is

It’s a small world at magic kingdom is looking atrocious. Does anyone know what this is from disneyparks

Other Disney Parks fans commented that they’d also noticed issues with the classic attraction. “I feel like it used to be darker in there but lately I’m noticing lots of ick,” u/Mysterious_Today_245 wrote.

Without further inspection, there is, of course, no way to prove this is mold growing on “it’s a small world.” But the deteriorating appearance doesn’t bode well for the state of the ride.

Walt Disney World Resort hasn’t announced any upcoming maintenance for “it’s a small world.” However, the ride is expected to get two new dolls in wheelchairs sometime next year.