Donald and Goofy Come To Blows at Restaurant - Inside the Magic 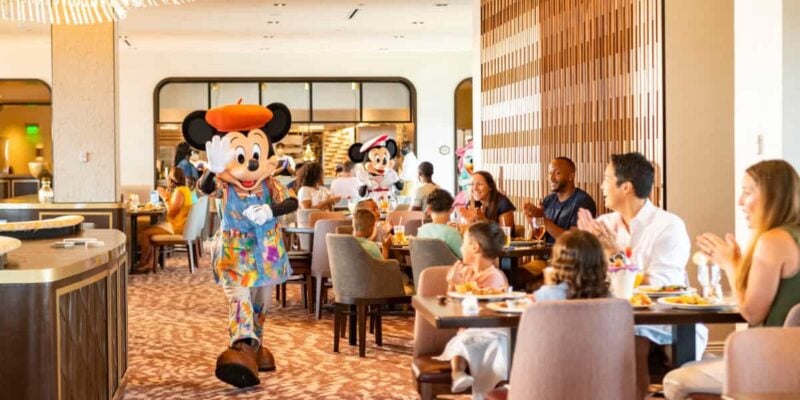 When Guests normally make reservations for a Character Dining experience at the Disney Parks, they typically expect a fun Meet and Greet experience. However, these diners were met with a rather different interaction as two characters came to a duel during the meal.

The character performers at the Disney Parks are some of the biggest unsung heroes of the complete Disney experience. The performers truly get a chance to shine when they’re allowed to perform their craft unscripted and off the cuff, but things truly get fun when props get involved. During their meal, Tiktok user @ginaa1124 caught Goofy and Donald coming to blows on video. Needless to say, the results were incredibly silly.

Related: Tips on Character Interaction at the Disney Parks

Star Wars fans have been known to be quite a combative fandom, but Donald and Goofy took that idea to a different level by fencing each other with a pair of souvenir lightsabers. Keeping entirely in character, a duel of the fates broke out when Guests offered them their weapons during a Character Dining event. Naturally, Donald wasted no time in going for the “killing strike” and wiped Goofy out with one well-aimed thrust to the gut. What makes the video even more fun is how Donald goes full Darth Vader and attempts to slice off Goofy’s hand when the dippy dog goes in for a handshake.

Related: How Disney Can Quell Crowds With Characters

It’s moments like the one in the video that make a Guest’s day at the Disney Parks. Watching the characters behave just as they would in the movies or cartoons is an absolute delight. As demonstrated by @ginaa1124’s TikTok, Disney stars like Donald Duck and Goofy can be just as hillarious off screen, even without the benefits of vocal communication and comical sound effects. Needless to say, the Force is definitely strong with these two.