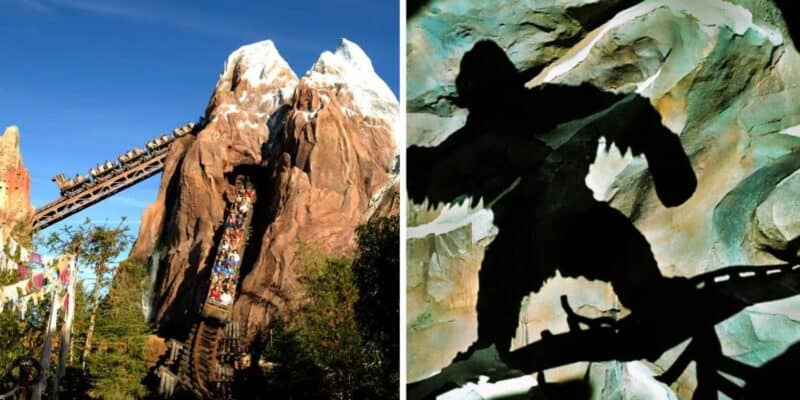 An infamous animatronic is looking a lot different at Walt Disney World.

In terms of activities, there are so many options for Guests to choose from when visiting all the Disney Parks. The Walt Disney World Resort specifically is home to four sprawling theme Parks, two water parks, and an enormous shopping center known as Disney Springs that Guests can enjoy and get immersed in.

While Animal Kingdom features a whole host of attractions like the relaxing Kilimanjaro Safaris, the terrifying DINOSAUR, and the quirky It’s Tough To Be a Bug, few attractions across all of Walt Disney World or even Disneyland compare to Expedition Everest.

This attraction is fast, intense, and immensely detailed, providing a fun and immersive experience both in terms of thrills and story. However, as many know, the centerpiece of this attraction has seen better days.

The massive Yeti anomtronic that faces Guests toward the end of the ride has been in “b-mode” for years now due to what Guests theorize is structural damage in the ride. Despite being an incredibly thrilling experience, Expedition Everest is perhaps most famous for its broken Yeti.

However, some new lighting has been given to the show scene, seemingly overnight. You can check out the new lighting thanks to a tweet from @ThatDisneyBoi:

As you can see in the clip, there seems to be new lighting surrounding the massive animatronic. This possibly confirms one of two things. This new lighting may be a result of Disney leaving work lights on around the Yeti animatronic due to work being done in that specific scene. It could also mean Disney is testing out new lighting packages for the massive figure.

The video shows a close-up of the Himalayan Yeti audio-animatronic bathed in a bright beam of light coming from overhead in addition to the normal strobe lights found on the ride. Either way, we’re glad to see Disney is still giving some attention to the incredible animatronic and hopefully, there is more to come.

Disney Imagineering really outdid themselves when bringing this mythological creature to life. The Yeti stands at a whopping 25 feet tall, and its “skin” is composed of 1,000 square feet of fabric. Its range of movement is controlled by 19 different actuators, and its roars were acted by Fred Tatasciore who has done work as The Incredible Hulk as well as other animated films.

Unfortunately, as we said earlier, somewhere around a year after the ride opened, the Yeti was already causing serious problems for the attraction.  Not only could further operation of the Yeti cause damage to the ride, but it could also be disastrous for Guests underneath the huge arm of the Yeti.

Eventually, the Yeti was moved from what Guests “lovingly” refer to as A-mode (full articulation and movement) to B-mode (stationary with a strobe light effect). The Yeti has remained in B-mode, also called “Disco Yeti” for nearly 16 years now with many Guests losing hope that the Yeti animatronic will one day be fixed.

Do you hope to one day see the Yeti return to its original mode o operation? What’s your favorite ride at Disney’s Animal Kingdom?