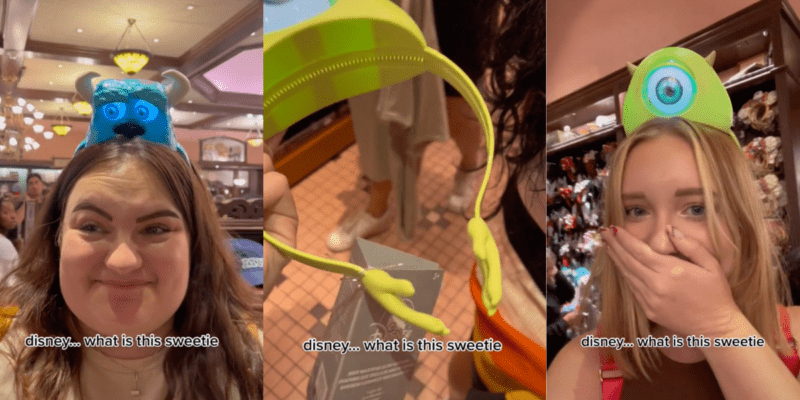 There are hundreds of unique, high-quality souvenirs to choose from during your Walt Disney World Resort vacation…But these plastic headbands we reported on in September are not one of them.

With so many incredible souvenirs available at Walt Disney World Resort and Disneyland Resort, there are bound to be some failures. However, due to supply chain issues and staffing shortages, it seems like more and more Disney Parks Guests are taking to social media to call out Disney merchandise fails.

The headbands feature the characters’ eyes and, strangely, their hands. The eyes appear eerily lit up and bobble back and forth when the Guests move their heads. “Who is on this Disney merch team…,” Hannah wrote.

This week, we visited Walt Disney World Resort and did some shopping for ourselves. At almost every major merchandise location at Disney’s Hollywood Studios, Disney’s Animal Kingdom, EPCOT, Magic Kingdom, and Disney Springs, we found the same Mike and Sulley headbands Hannah found… and more.

At various Walt Disney World Resort hotels, including Disney’s Pop Century Resort and Disney’s Wilderness Lodge, we even discovered some of the headbands marked down to $10 for quick sale. But we only noticed one other Guest wearing one of the headbands during our visit.

Related: The Bounty You’ve Been Searching For! ‘Star Wars’ Goes Back to the 80s

Minnie Mouse ear headbands are practically a necessity at the Disney Parks, and this is surprisingly not the only recent Mickey and Minnie ear “fail.” At D23 Expo earlier in September, Disney premiered limited-release platinum Minnie and Mickey Ears, which fans quickly pointed out had an inappropriate appearance. 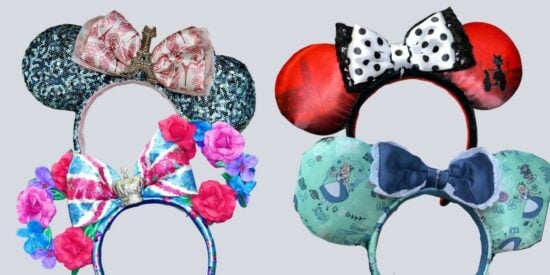 @Wario64 initially shared the platinum Mickey and Minnie Mouse ears, priced at $195 and $175, on Twitter:

The word “dripping” took the Internet by storm, and the products quickly disappeared from shopDisney. It is uncertain if the limited release ears sold out or if Disney chose to remove the controversial items.

Have you ever seen a Disney merchandise “fail?”