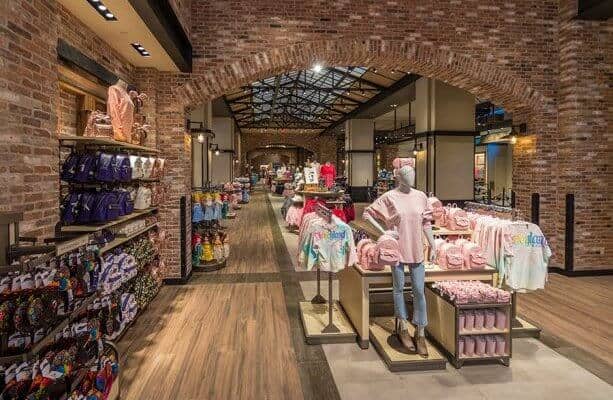 In March 2021, while The Walt Disney Company was still heavily enforcing face mask mandates at Disney Parks and Disney Store locations, then 8-year-old Alexis LaGrega was barred from entering her local Disney Store because she could not wear a mask with ear loops.

At the time, New York City news station PIX 11 reported on the situation:

She was born with a condition called Microtia; her right ear is small and misshapen and she is partially deaf in that ear. She said when she has attempted to wear a face covering with ear loops, it often slides down her face and is painful. She wears a Neck Gaiter to school, to dance class and cheerleading without any objections from anyone .

Holly LaGrega, Alexis’s mother, said she spoke with the salespeople and store manager about her daughter’s condition. “Even after I pointed it out and explained, it was like they could care less what I said. They just kept saying store policy is she has to have a mask on with ear loops,” she said. The family was turned away.

A Disney spokesperson shared the following with PIX 11:

“We are always focused on the health and safety of our Cast Members and Guests. At all of our Disney stores we have implemented a number of enhanced measures, including a face covering requirement. During these unprecedented times we all have a shared responsibility to do our part. We regret if Guests are disappointed.”

And, despite last year’s unfortunate Disney Store situation, Alexis has been given a magical gift courtesy of a Beverly Hills surgeon — the little girl was given corrective surgery at no cost. Per New York City’s NBC News 4 shared that California-based Small Wonders Foundation, which helps children born with facial differences get reconstructive surgery, discovered LaGrega’s story and reached out to the family.

“It was weird, but cool at the same time,” LaGrega said of seeing her new ear for the first time on Friday.

Reinisch explained that the new ear comes from a polyethylene mold covered with tissue taken from under the scalp. The swelling is expected to go down in a few months, Reinisch added.

“It’s mind-blowing,” her mother said. “You hear about families where these things happen. I never thought it would happen for us.”

Related: Princesses Are Back With No Masks Indoors. Are Disney Guests Next?

Alexis told NBC that she is “happy, like really happy.”

The Staten Island Disney Store location where Alexis was denied entry was among the hundreds of stores The Walt Disney Company has closed since March 2021.

What do you think about Alexis’s life-changing surgery?