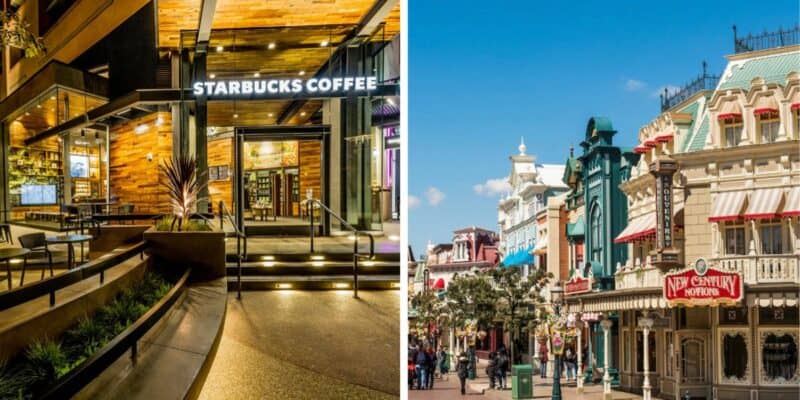 In the last year or so, we have seen so many projects either started, being worked on, or completed at the Disney Parks. From the thrilling new roller coaster at Walt Disney World, called Guardians of the Galaxy: Cosmic Rewind, to the exciting new Toontown at Disneyland in California, Guests have a lot to look forward to, especially if it’s been a while since their last visit.

Of course, the largest addition to the Disneyland Paris Resort has been Avengers Camous, which is themed completely around the Marvel Cinematic Universe (MCU) and features countless Marvel characters like Iron Man, Doctor Strange, Loki, Black Panther, Black Widow, Captain America, Hawkeye, and countless others.

However, the brand new Marvel-themed land is not the only massive change that the Disneyland Paris Resort will be undergoing in the near future.

Now, it’s being speculated that changes are coming to Disneyland Paris’ version of Main Street U.S.A..

According to an anonymous surveyor, Starbucks conducted assessment studies during Disneyland Paris’s closure. Market House Deli on Main Street U.S.A. is allegedly being considered as a Starbucks location. Nothing has been officially announced, but it would make sense considering Starbucks eventually made its way to both of the American Disney Parks and Resorts.

This rumor comes just after the announcemnet that Disneyland Paris is officialy partnered with Lavazza. The agreement, which will last five years, will see Lavazza bring products across the entire resort.

Have you ever visited Disneyland paris?