Disney Finally Cracking Down on Bad Guests - Inside the Magic 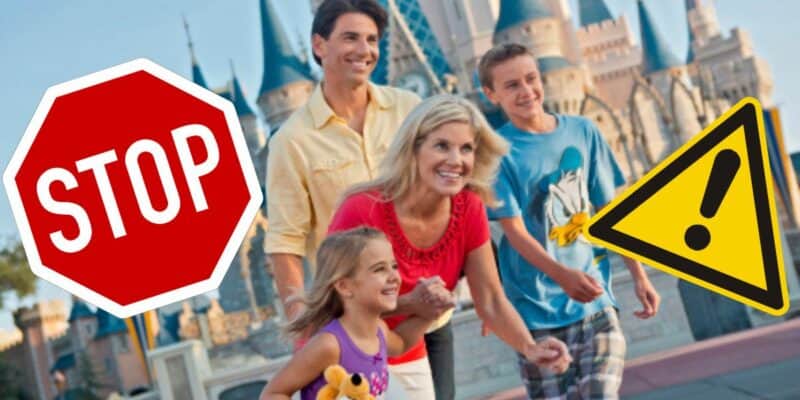 The Disney Parks have shockingly been losing a bit of their magic in recent months, as reports of unruly Guest behaviors continue to pour in from the so-called “Happiest Places on Earth.” Cast Members have pled, veteran Guests have begged, but now it looks like Disney themselves are finally taking a stand against bad Guests.

This past year alone, Disney Park Guests seem to have collectively decided to lose their minds as more and more instances of visitors behaving badly continue to circulate the news feeds. From cutting in line to flat out coming to blows against each other on Park property, it’s gotten so bad that Disney has even begged for Guests to change their attitudes and actions if they want to visit. With continuous bad behavior from visitors increasing, Disney is already starting to lay down the law.

It was recently announced that steps were being taken to prevent the re-selling of Disney merchandise at Tokyo Disneyland, as scalpers continued to horde souvenirs and sell them outside the Park. While it’s unfortunate that it’s come to this measure, it’s not the only one  Disney is implying to better control Guests on their property.

Some Parks have also banned vlogging and streaming after repeated offenders continuously spoiled the Disney experience for other Guests. Additionally, some have called for there to be more security cameras in place to monitor Guests in the wake of so much dangerous behavior. As more reports continue to pop up on social media, some Guests are getting outright dangerous in their stunts, and many dedicated fans find themselves asking, “how on earth did it ever get this bad?”

It could be living in a post-covid world, it could be the traumatic events under Chapek’s leadership, or it could be simply an increase in rude Guests getting access, but if things don’t change soon, dedicated and loving fans could be looking at a very different set of Parks in the near future. Obviously, not all fans are going to be rowdy and rude, and no fans want their Disney experience policed due to the actions of a small percentage of visitors, but that seems to be the direction Disney might have to take. It’s only a matter of time before Guests are being led out of the Parks kicking and screaming. Hopefully, things will change under Bob Iger’s new management before it gets to that point.

Do you think Disney needs to take steeper disciplinary action? Tell us in the comments below!