How "Dress-Coded" Guests Hurt Disney Fans - Inside the Magic 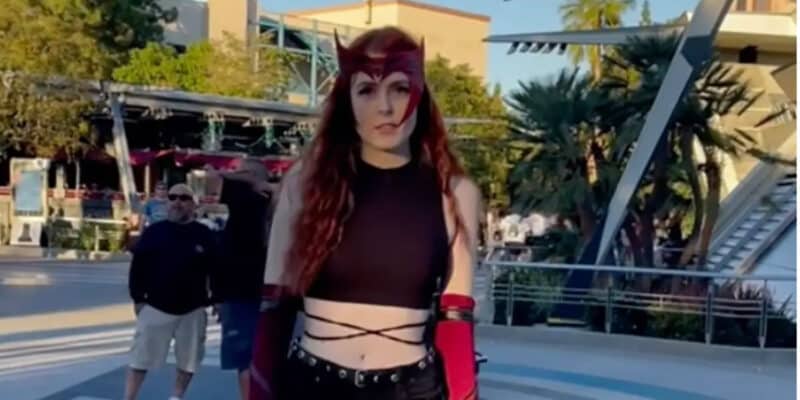 Wearing a Disneybound or some character wear at a Disney Park isn’t anything new. In fact, it’s practically expected for some hardcore Disney enthusiasts. However, Disney has been cracking down on their dress code rules lately, and some Guests have been feeling the heat. But some fans are wondering just how far is too far.

Like most theme parks, the Disney Parks have a set dress code that all guests must follow. This set of rules covers the basics such as wearing basic articles of clothing like shoes, shirts, etc., but the regulations also cover costumes and related garments for various age groups and special occasions. Most Guests stick to the guidelines and don’t raise a racket, but some impressive Disneybounders are feeling the sharp end of the spear such as this Scarlet Witch Cosplayer shared in an article by the New York Post.

Related: Guest Screams Profanity at Disney After Getting Dress-Coded

so ridiculous 😭 I bought red docs just for this occasion, aint no one stopping me from wearing my wanda outfit

@namelessalexa is one of several Guests that likely face a similar issue. Their Disneybounds are well within the parameters of the previously mentioned dress code, yet some might be too much like the Parks’ Meet and Greet Characters. As stated by Disney,

“All Guests may dress as their favorite character, but may not pose for pictures or sign autographs for other Guests.Costumes must be family-friendly and may not be obstructive, offensive, objectionable or violent.”

While @namelessalexa certainly had a stunning Scarlet Witch ensemble, it doesn’t look like it violated any of the standards set forth by the company. While she states she was warned by Disney’s staff, the user goes in the comments to say she put her headdress back on shortly after and remained undisturbed. It’s true that there are many Guests that go in masquerading as their favorite princesses, pirates, and superheroes, but even the most elaborate outfits rarely break Disney’s rules. That being said, the fault of these recent incidents might lie with some other Disney fans, not the dedicated cosplayers.

Park Guests like @amandaadimeo broke Disney’s explicit dress code for free merchandise and social media clout, and that has since become a tremendous problem for cosplayers and Disneybounders who are perfectly innocent in their displays of fandom. It takes more than one bad apple to spoil the bunch, but it would appear that influencers and social-media personae are making things more and more difficult for Disney’s true fans.

Do you think Disney’s dress code is ridiculous? Tell us in the comments below!