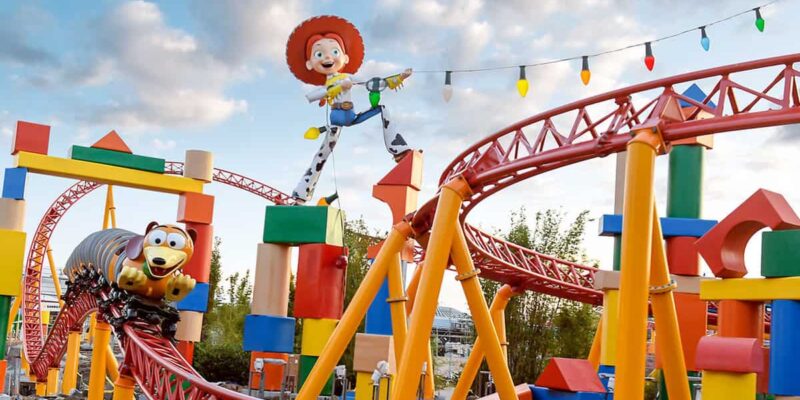 Walt Disney World Resort has something for everyone, whether you’re a massive Star Wars fan, a lover of the iconic attractions, or have a passion for Disney Pixar.

Disney World is home to four theme parks– Magic Kingdom, EPCOT, Disney’s Animal Kingdom, and Disney’s Hollywood Studios– where Disney Park Guests from all around the world visit each and every day.

In Toy Story Land, you can take a ride on Slinky Dog Dash, Alien Swirling Saucers, and Toy Story Mania! One of the most anticipated attractions coming to the land, however, is none other than Roundup Rodeo BBQ. The anticipated restaurant has been under construction for quite some time now and the expectation was that it would originally open before the end of the year.

Disney recently gave a first look at the restaurant and announced that its opening date for it will now be in the spring of 2023. In the announcement, Disney shared the following:

Imagineers worked closely with animators and designers at the renowned animation studio to bring characters and art from the films to life in new ways unique to Disney’s Hollywood Studios. They even designed full comic strips about Woody’s adventures, which Andy has used as part of the dining room ceiling!

What do you think of the new Toy Story Land restaurant? Let us know in the comments!