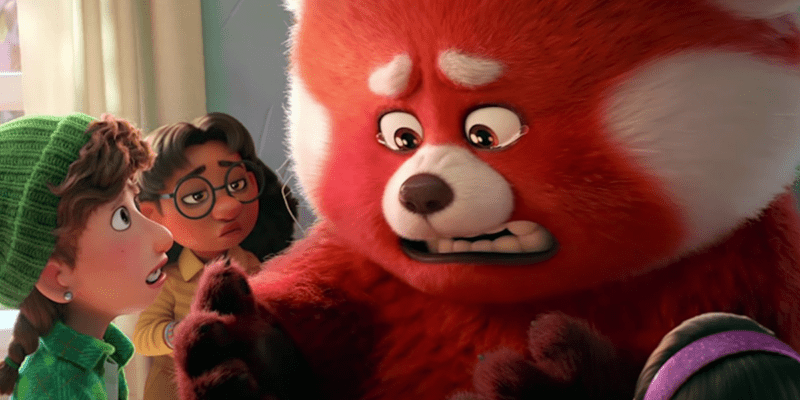 Next to Lightyear (2022), Turning Red (2022) was one of Pixar’s most controversial films. The film featured frank discussions about growing up, rebelling against strict parents, and menstruation.

For many fans, the film didn’t go far enough. Animators allegedly removed an LGBTQIA+ scene from the film amid the “Don’t Say Gay” controversy in Florida.

On Tuesday, Turning Red finally received positive attention. According to a tweet from Disney+, the Pixar film has been nominated for the GRAMMY Award for Best Song Written for Visual Media (“Nobody Like U”):

Congratulations to @PixarTurningRed , a #DisneyPlus Original, on their #GRAMMYs nomination! #TurningRed

🎵 Best Song Written for Visual Media, “Nobody Like U”

Congratulations to @PixarTurningRed, a #DisneyPlus Original, on their #GRAMMYs nomination! #TurningRed

🎵 Best Song Written for Visual Media, “Nobody Like U” pic.twitter.com/tNA48zvJOa

Turning Red premiered directly on Disney Plus on March 11, 2022. From Disney:

Young actress Rosalie Chiang lends her voice to Mei Lee, a 13-year-old who suddenly “poofs” into a giant red panda when she gets too excited (which is practically ALWAYS). Sandra Oh voices Mei Lee’s protective, if not slightly overbearing mother, Ming, who is never far from her daughter—an unfortunate reality for the teenager. Directed by Shi and produced by Lindsey Collins, Disney and Pixar’s “Turning Red” is now streaming exclusively on Disney+.

What did you think of Pixar’s Turning Red?