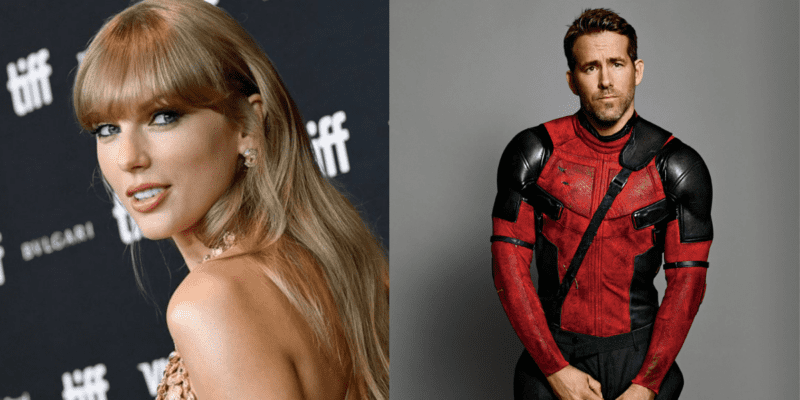 Ryan Reynolds believes the MCU needs to include Taylor Swift as the actor opens open up and talks about the rumors circulating about the celebrity’s potential MCU debut.

Taylor Swift may be known by some as an iconic pop star, but Reynolds and his wife, Blake Lively, have known Swift for a long time. His children didn’t even know she was famous until they visited one of her concerts. Over the past few years, Swift has only grown in popularity and even filmed a music video in the same location where Reynolds and Hugh Jackman filmed their Deadpool 3 (2024) announcement.

This led several fans to wonder if early rumors of Taylor Swift appearing in Deadpool 3 might actually happen. Marvel has included quite a few famous celebrities over the years, so it wouldn’t be a surprise for Swift to join the cast and be one of the many cameos in the movie.

Deadpool 2 (2018) even had a celebrity cameo with Brad Pitt as Reynolds convinced the actor to appear for a quick moment in his movie. Now, fans finally got Reynolds to open up and share what to expect from Swift regarding the Marvel Cinematic Universe.

Deadline shared in their interview with the actor that Reynolds’s Wade Wilson/Deadpool won’t be teaming up with the pop star in their upcoming movie, but that doesn’t mean that the actor isn’t game for her to have a cameo in a future MCU movie. The timing just wasn’t right.

Reynolds shared that he had to shift focus once he heard from Hugh Jackman that he was interested in reprising his role for one last adventure, which led to the actor convincing Marvel to let Deadpool and Wolverine team-up:

“It was ultimately Hugh that said, ‘I think I am ready to come back. All we had to do was sell it to [producer] Kevin Feige, which didn’t take long, and the next thing you knew here we are.”

This was after asking Hugh Jackman to return for six years, so it was a dream come true. Unfortunately, this meant that Taylor Swift’s role in the MCU won’t happen soon. Reynolds was unfazed as he pledged to change that in the future as he would do anything for the pop star:

“Are you kidding me? I would do anything for that woman. She’s a genius.”

If Taylor Swift really wants to join the MCU, she knows she can ask Reynolds, and he will do everything in his power to get her in. Hugh Jackman coming out of super hero retirement just to work with Reynolds proves that he can pull it off, and Marvel wouldn’t pass on an opportunity to work with Taylor Swift if given a chance.

The real question is whether or not Swift wants to be involved in a cameo or role, and then the rest will be history. With the MCU constantly adding more super heroes, it won’t be hard to find a role for Swift that won’t affect her rigid schedule, but who knows what will happen.

Do you want Taylor Swift to join the MCU? Let us know what you think!