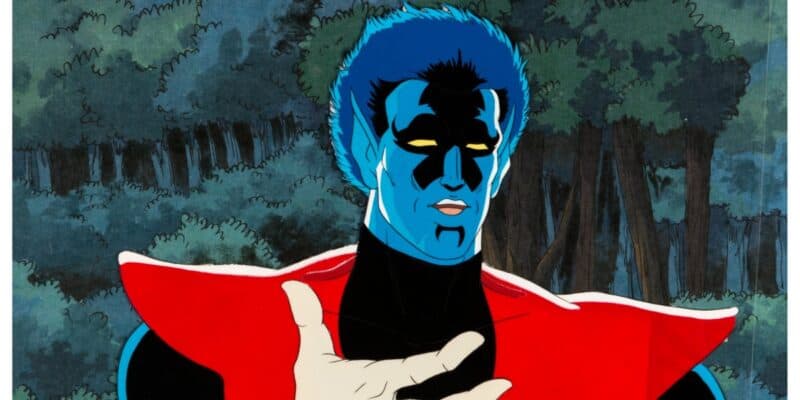 Those familiar with the golden days of the X-Men series are undoubtedly well-versed in the adventures of Wolverine, Cyclops, Storm, and the rest of the team, but they also know that the original animated series tackled some serious subject matter. However, none dared to venture quite as far as the episode that introduced Nightcrawler.

The ’90s animated adaptation of Marvel’s mutants made no attempt to skate away from serious issues. The comics themselves were allegories for racial hatred, segregation, and violent prejudices still toiling through the world today. However, so shines a bright light in a weary world. In a time of mutants and madmen, Kurt Wagner (better known in some circles as Nightcrawler), made an appearance in the series that even decades after manages to give viewers chills.

In the episode, “Nightcrawler” the X-Men are taking a ski trip to the Alpine slopes, but when tales of a grotesque demon haunting a church get their attention, they are introduced to a mysterious monk with a rather peculiar mutation. Essentially an adaptation of Nightcrawler’s origin story from Giant-Sized X-Men, the episode not only dove head first into themes of persecution, but religion as well.

Nightcrawler’s interactions with the jaded Wolverine, much like in the source material, were some of the most heart-stirring acts of compassion to grace a comic panel, and the animated series brought that wonderfully to life. The X-Men and the rest of the mutants seen in the series have the unfortunate habit of being feared and hated, but Nightcrawler relies on his faith to see the world through “different eyes” as he so eloquently puts it. But while X-Men ’97 can’t possibly recreate the phenomenon of the original, they can bring back one of the team’s most beloved members for more action against the forces of Magneto and more.

What made Nightcrawler and his episode such a game-changer for the series was his use of religion and faith to bring comfort and optimism to the plot and his friendship with Wolverine. One thing that was certainly a bold choice for Marvel at the time was to incorporate religion into an animated series, but it worked because they did so with reverence and respect while sticking true to Nightcrawler’s character in the comics. Mind you, this was not something typically done in an animated Saturday morning cartoon. It stuck to the message without taking away from his character.

It’s this kind of complex character that practically begs to be included to the new series. With Cyclops exploring the ups and downs of being the teams leader, Wolverine dealing with his own demons, and various other mutants coming to terms with their special abilities, it would serve the series well to include Nightcrawler as the voice of reason and beacon of optimism on the team. Fans would undoubtedly greet his appearance with thunderous applause.

Do you want Nightcrawler in the new X-Men show? Tell us in the comments below!

Comments Off on ‘X-Men 97’ Could Reintroduce a Major Character