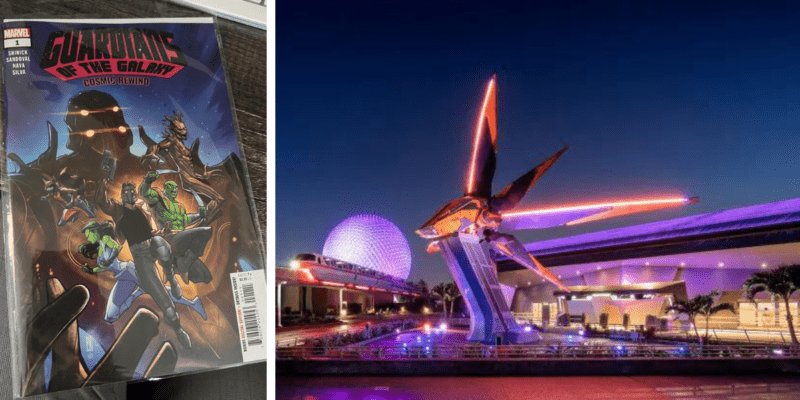 Fans love the coaster’s incredible references to the iconic Marvel Cinematic Universe film and EPCOT’s vintage attractions like Horizons and Universe of Energy. Now, Guests can bring home the series brought to life by James Gunn in an all-new way:

Disney-owned Marvel Comics just released Guardians of the Galaxy: Cosmic Rewind, a one-shot comic based on the Theme Park ride. The comic, written by Kevin Shinick and illustrated by Gerardo Sandoval, focuses on efforts by the Xandarian government to build a Xandarian Pavilion on Earth, just like the one in EPCOT.

More on Guardians of the Galaxy: Cosmic Rewind at Walt Disney World Resort

Guardians of the Galaxy: Cosmic Rewind is one of the largest fully enclosed rollercoasters in the world and features the first-ever reverse launch on a Disney Parks coaster! It’s recommended for tweens, teens, and adults, with a height requirement of 42 inches. From Disney:

Will you pick up a copy of Guardians of the Galaxy: Cosmic Rewind?