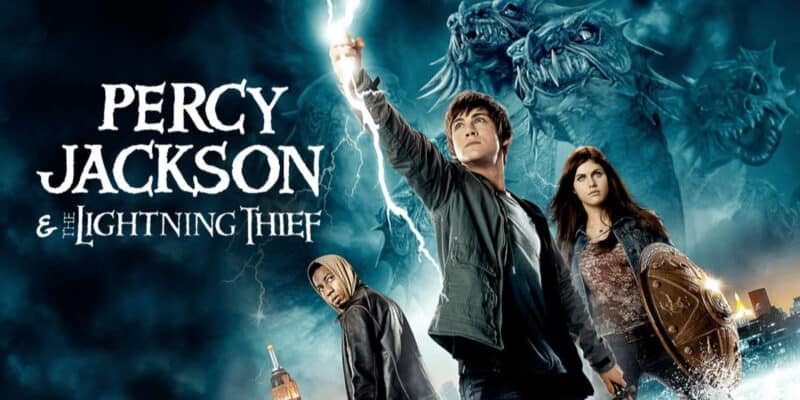 More gods are on the rise!

Percy Jackson and the Olympians is a new Disney+ Original coming to The Walt Disney Company-owned streaming platform. Based on the “Percy Jackson” books by author Rick Riordan, the story follows a young Percy Jackson who has to navigate his new life at Camp Half-Blood — a camp for young half-Olympians (yes, Olympian Greek gods) to hone their skills, as demigod offspring of gods like Zeus and Poseidon.

The “Percy Jackson”, or “Camp Half-Blood Chronicles” series aimed at middle-schoolers began in 2005, with “The Lightning Thief” debuting first. Its success was followed by “Sea of Monsters” (2006), “The Titan’s Curse” (2007), “The Battle of the Labyrinth” (2008), and “The Last Olympian” (2009). Riordan also penned “The Heroes of Olympus” and “The Trials of Apollo” series within the same universe.

Perhaps more in the public consciousness, however, is the 20th Century Fox (now 20th Century Studios) series of films based on these books, beginning with Percy Jackson & the Olympians: The Lightning Thief (2010) an action fantasy film directed by Chris Columbus. Starring Logan Lerman as Percy Jackson and Alexandra Daddario as Annabeth Chase, the movie did not garner stellar reviews. Nor did its sequel, Percy Jackson: Sea of Monsters (2013), which effectively killed the film franchise with Fox.

Now, Percy Jackson will receive a second chance at life over with the House of Mouse, as the series is already on its way to completion, with casting beginning last year. Apart from the three main leads, The Adam Project (2022) star Walker Scobell as Perseus Jackson AKA Percy Jackson, Aryan Simhadri as Grover Underwood and Leah Sava Jeffries as Annabeth Chase, other casting has been announced, namely Virginia Kull, Glynn Turman, Jason Mantzoukas, Megan Mullally and Timm Sharp. Additionally, Dior Goodjohn, Olivea Morton, Charlie Bushnell, Adam Copeland, Suzanne Cryer, Jessica Parker Kennedy, and even Lin-Manuel Miranda have been slated to appear — yes, Lin-Manuel Miranda of Hamilton (2020), Encanto (2021) and Moana (2016) fame.

In an exclusive announcement with Variety, it appears that the Olympian Greek gods have finally been cast over at Disney+ — including one of the “Big Three” gods, AKA the Sons of Kronos.

According to Variety, actor and filmmaker Jay Duplass (The Chair, Transparent) will play Hades, the god of the Underworld. An official character description reads:

Hades feels like an outcast from his family and a misunderstood genius. He holds a grudge for past wrongs and plays his cards close to the chest.

That’s not all from the gods — as the casting for the god Hephaestus was also announced.

Timothy Omundson (Psych, Supernatural) will take on the role of Hephaestus, the god of blacksmiths. The character is described as follows:

Hephaestus became disabled when he was thrown off Mount Olympus as a babe. Despite that, his strength is legendary, and his capacity for kindness and mercy sets him apart from his brothers and sisters in the dog-eat-dog world of the gods.

Still curious about the show? Check out our ultimate guide to the new Percy Jackson Disney+ series!

A short teaser from the upcoming Disney+ series, as debuted at this year’s D23 Expo, can be viewed here.

What do you think of this new casting for Percy Jackson? Share your thoughts in the comments below!