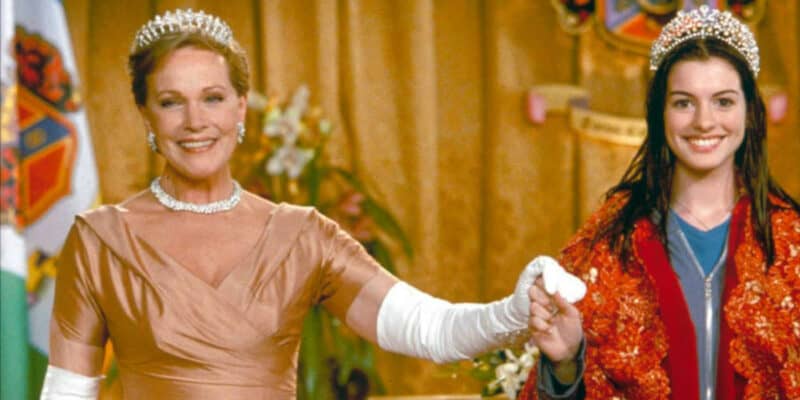 Fans may return to Genovia, but will the noted monarch?

Disney first introduced us to Genovia, and the royal family therefrom in The Princess Diaries (2001), and catapulted the career of Anne Hathaway, who starred as the main character, the goofy, but lovable Mia Thermopolis. At a pivotal moment in her life, Mia (Hathaway) discovers that she is indeed royalty, the granddaughter of the Queen of Genovia, Clarisse Renaldi (Julie Andrews). She learns to navigate both this news, as well as high school, in such a way that it has endeared audiences for generations, and sparked not one, but now two sequels.

What may come as a shock to fans, however, is that, as of now, neither Hathaway nor Andrews have been confirmed to return for the sequel to the popular franchise. That being said, Hathaway at least has said she’s not only interested, but that she is in fact “Pulling for it”, and that she feels the sequel would be a great success if both she and Andrews were to return.

Currently, there is very little in the way of detail or plot for the third installment in the Princess Diaries franchise, but it is expected to be a sequel and not a reboot, still following Princess Mia (Hathaway), and her family as they navigate life as the royal family of Genovia. The only other important detail known at this point is the writer: Aadrita Mukerji, of Reacher (2022) and Supergirl (2015) fame.

Coming out more than twenty years after the first film there will be a lot of ground to cover, and a lot of continuity to account for. With or without the two stars, it is certainly exciting to hear that this film is not only announced but in development. Regardless, fans are certainly hoping that the team will be able to recapture the magic that made the first two films so memorable.

Will Princess Diaries be the same without Hathaway and Andrews? Let us know in the comments below!