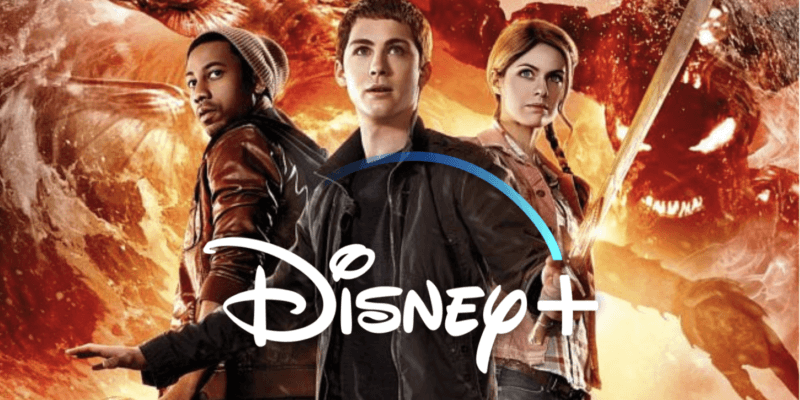 The series has been in the works for some time and, now, DisInsider has reported details about casting for the upcoming streaming show:

Rick Riordan’s beloved novels are coming to Disney+ in a brand new adaptation. Riordan has just announced that auditions for the titular role of Percy Jacksons are now open for submission. Disney executives are looking for an actor who can “play 12” and can grow over the course of the planned five seasons.

“[PERCY JACKSON] Playing 12, male. A smart, compassionate kid, with a sharp sense of humor. He’s always seen himself as an outsider, in no small part because of how the world sees his ADHD and dyslexia. He’s no wallflower though. He’s impulsive and rambunctious, and is quick to anger when things seem unfair to him. Sarcasm is just another service he offers, but beneath his cynicism is an affectionate son and loyal friend who just wants to do right by those he cares about. If only he could find a place where he fits in.”

There is currently no word on whether or not any of the original cast will be back for Disney’s Percy Jackson and the Olympians series or if it will feature an entirely new line-up. From this casting notice, it seems that the titular character is likely being recast in the new live action series due to the fact that Lerman has aged out of the role at this point.

IMDb has shared some trivia details about the upcoming show, including the fact that the series is expected to be an adaptation of the Camp Half-Blood series, with Season 1 focusing on The Lightning Thief.

For those unfamiliar with the Percy Jackson book series, the tales focus on a boy who is — at first unknowingly — the son of human and a Greek god, drawing heavily from actual Greek mythology, Mount Olympus itself, and the Olympian deities ancient Greek people believed in.

The previous feature films showcased demigod Percy Jackson and his friends in battle with a variety of mythological monsters, including a chiron, a cyclops, a hydra, and a manticore.

At this time, it has not been confirmed if any Olympian god characters, including Greek god Poseidon, will be featured in this series. Stay tuned to ITM for additional casting information as it becomes available.

Are you excited about this Percy Jackson casting notice? Which monster are you hoping to see in this upcoming original Percy Jackson show?