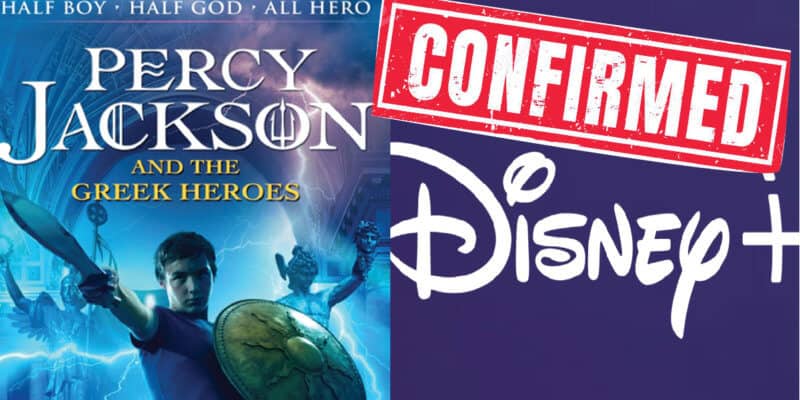 Calling all gods, demigods and creatures of mythology! After long rumors of the adaptation, it is now CONFIRMED that Disney+ will stream a new Percy Jackson series!

Confirmed By The Author

The announcement comes from series author Rick Riordan. He has previously teased hints that there may have been a partnership between him and Disney in the past, tweeting photos of himself announcing that he had been in meetings with Disney officials last year. Riordan took to Twitter earlier today with this video:

In the video, he states,

“After a lot of hard-work, and a lot of support from you guys, Percy Jackson is coming to Disney+. Yes!”

Related: “A Complete List of Everything Coming to Disney+ In June”

Accompanied with the video, he tweeted a message thanking fans:

“Hey Percy Jackson fans, for the past decade, you’ve worked hard to champion a faithful on-screen adaptation of Percy Jackson‘s World. Some of you have even suggested it would be a great series for Disney+. We couldn’t agree more! We can’t say much more at this stage but we are very excited about the idea of a live-action series of the highest quality, following the original Percy Jackson five-book series, starting with The Lightning Thief in season one.”

Veteran fans will remember the Greek mythology-centered Percy Jackson series that follows the demigod son of Poseidon, Percy as he comes to terms with his true identity and embarks on a dangerous quest to become a hero. The story spans across a variety of mediums, including a traditional book series, graphic novel series, a Percy Jackson musical, and a movie adaptation “Percy Jackson & The Olympians: The Lightning Thief“.

While there isn’t much more information released just yet about the Disney+ adaptation, Riordan seems to have confirmed that the series could run for five seasons, each centered around one book and starting based on the first book.

Are you ready to follow Percy and his powerful demigod allies again? Share your excitement about the new series in with us!