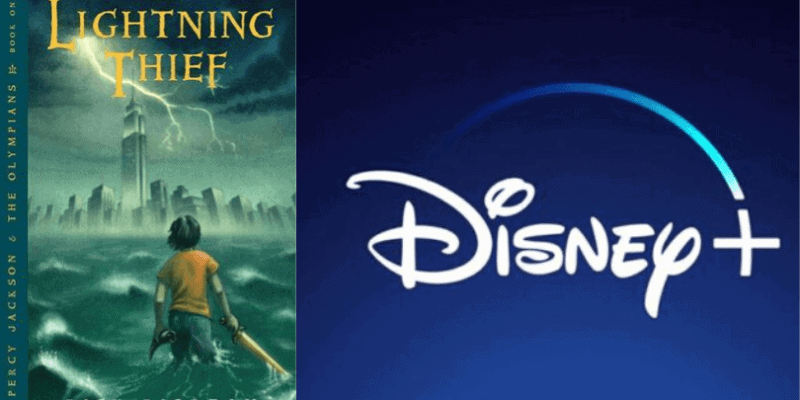 It may be baby steps, but there seems to be forward progress regarding Percy Jackson and the Olympians. Series author Rick Riordan tweeted a picture of himself on Thursday, December 12 at Disney HQ with a comically misnamed ID tag and a Disney+ button.

Had some good meetings at Disney today. Way too early to know what if anything might happen, but I will keep at it! At least they knew me by name at the security gates! (zoom in on my nametag to see what I mean ?) pic.twitter.com/BeIKS0rDhJ

This news comes after the Percy Jackson fanbase got #DisneyAdaptPercyJackson trending without much promotion from Riordan himself. Chalk it up as one of those rare moments when content fan and creator are naturally on the same frequency.

But here’s what we know for sure:

The first book of the series, The Lightning Thief was also converted into a successful Broadway musical.

A Series for a Generation

A young adult book series does not last 10 years on the Bestseller list without having an ever-lasting generation-wide effect on its readers. While there is a growing distaste for Disney rebooting old franchises, Percy Jackson never got to truly live off the page and give its generation of readers what they want. Besides, Disney+ needs quality original content.

One Percy Jackson fan, who wishes to remain anonymous, said:

“I would love Disney to reboot Percy Jackson because the story was so unique and amazing. It really captivated my generation as kids and I remember waiting for each book to come out excited to see where the journey would go. It’s honestly up there with Harry Potter in my opinion and it’s such a shame that the movies strayed so far from the books and fell into those Hollywood tropes when it had potential to be great!”

While there is no doubt that Percy Jackson could stand toe to toe with epic franchises like Harry Potter, The Hunger Games, or Twilight–if given a solid budget and quality direction–all fans can do right now is sit, wait, and hope for some Disney Magic.

What do you think about Disney rebooting Percy Jackson? Do you think the series could stand up there with Harry Potter? Let us know in the comments!