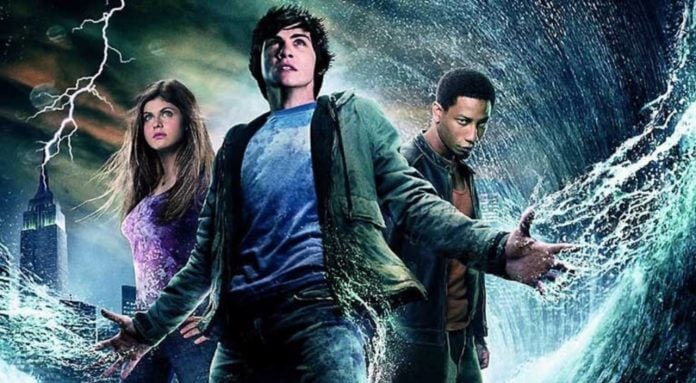 There are times when content creators know what the fans want without even asking them. Turns out, Author Rick Riordan is one of those creators. Without a single word of promotion, his fans took to the Twittersphere to get the movement #DisneyAdaptPercyJackson trending on their own.

Riordan has confirmed that he was in Hollywood pursuing talks to revitalize his franchise, Percy Jackson and the Olympians, but there is no word yet on any results.

Thank you, guys, for getting this trending with no prompting. I have nothing to announce on this front yet, but I am in LA right now, trying hard to convince the powers-that-be that this needs to happen for you, the fans. Your enthusiasm online helps! #DisneyAdaptPercyJackson

Fans were struck to see the author of their favorite franchise taking these strides. Riordan and his fans openly criticized the original movie adaptations of his 5-part epic based on the Greek myths. The first two flopped so hard that the other three were not filmed. However, it appears that the success of Peter Jackson and The Lightning Theif on Broadway and Disney merger with Fox has sparked renewed interest. And it sounds like talk is already happening.

Yeah, but should they..?

the fact that rick, who hated the movie adaptions, is trying to make the show happen makes me so happy #DisneyAdaptPercyJackson pic.twitter.com/90dzMrkyWY

Someone is going to ask this question. From Star Wars and Marvel to Planet of the Apes, Disney has become known for taking the helm on franchises. Often times going too far according to some viewers.

That being said, Percy Jackson never got a true chance to thrive off the page. The Broadway version of the first book was the most successful, and it still has great screen potential. It would not be a stretch to say that this book series would find success as a Disney+ series. Disney will need to keep up with the demand for quality streaming content, and Riordan’s family-friendly adventure series is prime material ready to live its best life on screen.

What do you think? Would you want to see Disney give this book series one more try? Let us know in the comments!