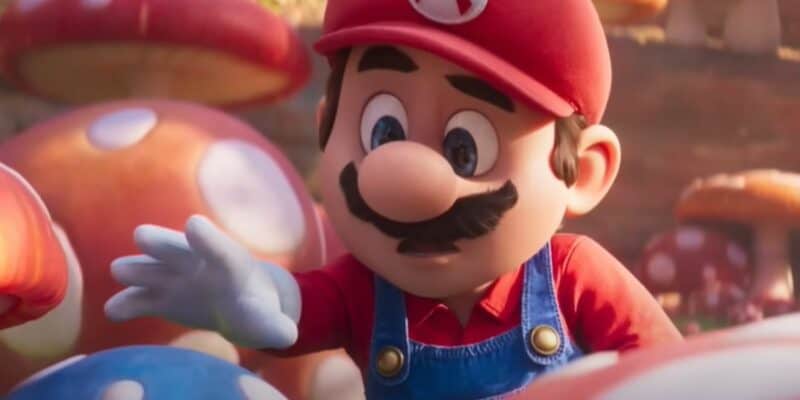 A much closer look at Mario (Chris Pratt) and the whole Mario Party!

Since his first game appearance in 1981, Mario (Pratt) has been arguably one of the most popular video game characters of all time. The red capped, mustachioed protagonist has appeared in over 200 titles since then, and was even the protagonist, as played by Bob Hoskins, in the 1993 live-action adaptation of his adventures. The film, a significant departure from the character people had grown to know and love in his video game appearances, left audiences disappointed, and hoping that the character’s next foray into film would be a bit more on the nose.

On October 6 of this year, fans saw the first teaser for the new film, The Super Mario Bros. Movie (2023), which showed us a quick look at Bowser/King Koopa (Jack Black), Mario (Pratt), Toad (Keegan-Michael Key), Luigi (Charlie Day) and a quick montage of other locations and characters. After a surprise announcement just yesterday, Nintendo presented fans with another trailer released just today, and it should definitely get fans excited!

In a brief introduction on Nintendo’s official channel, viewers can tell that Shigeru Miyamoto, the creator of Mario, is plainly excited about the film, and frankly, who can blame him? This most recent trailer shows us not only more of the characters and action, but so many small references to the games that generations have grown up with, and have come to love: Donkey Kong (Seth Rogen) makes his first appearance, along with Princess Peach (Ana Taylor-Joy), we finally hear Luigi (Day), and as a total shock to fans, an actual Mario Kart race, on Rainbow Road no less!

In addition to this exciting new trailer, twitter user @dfffaz01 treated fans to some images of character posters for the upcoming film!

In just a sample of what was shared above, fans can see a classic, yet updated Mario Brothers, along with a glimpse at what looks to be in the first picture, a New York license plate on their plumbing van, and a better look at the Mushroom kingdom, and the looming threat of Jack Black’s King Koopa. Despite some hesitation fans have felt about Chris Pratt’s casting, this entry into the Mario Universe is looking promising!

What do you think about the new trailer? Let us know in the comments below!