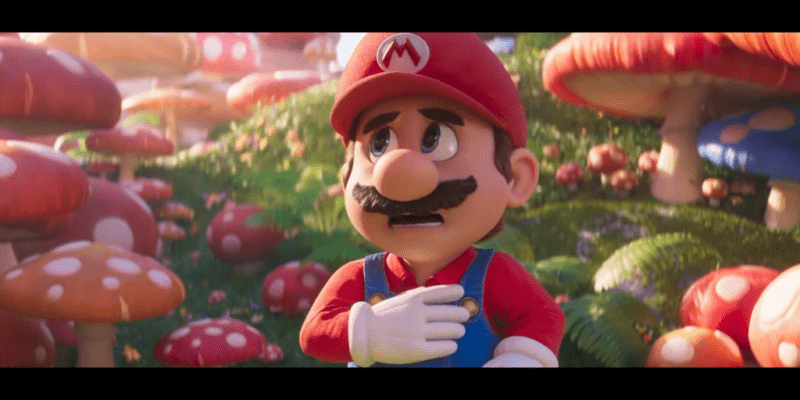 A trailer for the new Super Mario Brothers movie was recently released. There’s trouble in the Mushroom Kingdom, and only two guys can save it- Mario and Luigi.

Nintendo has given us a sneak peek into their film starring Chris Pratt (Mario) and Jack Black (Bowser).

The movie is based off of Nintendo’s Mario Brothers. Mario Bros. originated as a 1983 arcade game. Italian twin brother plumbers, Mario and Luigi, exterminate creatures from the sewers. The brothers investigate the sewers of New York after strange creatures have been appearing down there.

The teaser trailer opens with Bowser (Black) and his Koopa Army facing off with a Kingdom of Penguins. Bowser burns down the castle and seizes control of a star power-up.

In the next scene, Mario (Pratt) is thrown into the Mushroom Kingdom where he is met by Toad (Key) in a field of mushrooms.

In his excitement, Chris Pratt took to Twitter to show off the new trailer.

The official teaser trailer for The Super Mario Bros. Movie is finally here!!  After playing the games for years as a kid (and adult) I’m excited to bring Mario to all of you! Enjoy!

The official teaser trailer for The Super Mario Bros. Movie is finally here!! 🍄 After playing the games for years as a kid (and adult) I'm excited to bring Mario to all of you! Enjoy! #SuperMarioMovie @supermariomovie pic.twitter.com/ubJZu8jCFO

Other than video games and a few Saturday morning cartoons, the brothers have not had much screen time other than a 1993 live action movie (Super Mario Bros), which I loved, starring Bob Hoskins, John Leguizamo, and Dennis Hopper.

Instead of live action, the next evolution is purely CGI. The movie is meant to appeal to wider range of audience with the younger generation enjoying the animation, while the adults relive the nostalgia of their childhood.

The Super Mario Bros. Movie is written by Matthew Fogel and directed by Aaron Horvath and Michael Jelenic. The movie was set to come out in late 2022, but has a new release date of April 7th, 2023.

What do you think of the new trailer for the moving starring Chris Pratt? Let us know in the comments!