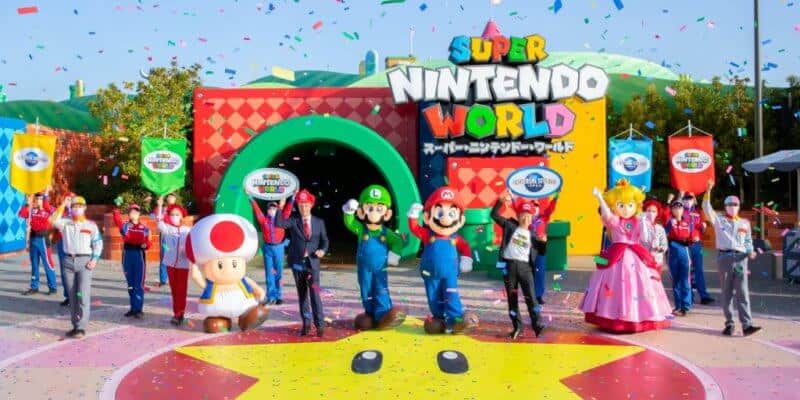 A new report from ComicBook.com reveals that the Mario Kart: Koopa’s Challange attraction can be updated just like a video game!

According to their report, the augmented reality portions of the game were built using a video game engine. That is not a surprise, as this attraction is based on one of the most successful video game franchises of all time.

ComicBook goes on to say that because of the video game engine used to create immersive augmented reality, the ride can be updated quickly to add new characters or special events. Universal Creative Senior Vice President and Chief Creative Officer Thierry Coup said:

“Because it’s in a game engine, we can keep updating, upgrading, putting new characters [in], changing themes, changing actions on the fly. So if there’s a special event, anything we want to release can be done overnight if we really wanted to. That makes it so much more flexible – it freshens up the experience. Every time you come back you could experience something new and exciting.”

It appears that Universal has plans to update the attraction often enough that Guests will have good reason to ride each time they visit the park.

Many fans were outspoken online about not loving the ride after videos of Mario Kart: Koopa’s Challange surfaced on social media. But, given this new information that the attraction can be continuously updated and incorporate special events, some minds may be changed.

Universal achieves the effect of augmented reality using special Mario glasses that are given to each rider before their race starts.

“Race your way to victory! Iconic Mario Kart courses have been brought to life with cutting-edge technology. Challenge enemies with shells! Aim for the finish line with Mario and Peach! The world’s first interactive Mario Kart theme park ride will leave you with a rush of adrenaline!”

Are you excited to ride Mario Kart Koopa’s Challange and will you ride multiple times as the attraction is updated? Let us know in the comments.

We can help you book the perfect Universal vacation, click here for more information

Comments Off on Mario Kart Attraction Can Get New Characters Like a Game!