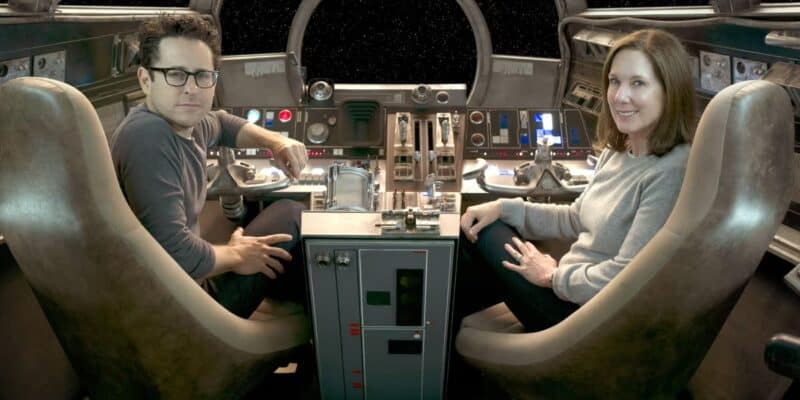 A new report believes that Kathleen Kennedy’s time with Lucasfilm might be coming to a close.

After a long reign as Lucasfilm head, Kathleen Kennedy’s time might be up. When George Lucas stepped down, Kennedy took over and worked with Bob Iger to bring Star Wars under the Disney umbrella. More live-action projects were created in the past decade under Disney, but not all of them were praised.

The Sequel Trilogy is still very divisive amongst fans as it made a lot of fans angry over Luke Skywalker’s shocking development and having characters like Rey end up with the Skywalker name and know skills that took years for other Jedi to learn.

After Star Wars: Episode IX — The Rise of Skywalker (2019), Kennedy and Iger agreed that Disney needed to take a break from making more Star Wars movies. Since then, Lucasfilm has focused on making Disney+ series like Andor and The Mandalorian. Star Wars has been steadily pleasing more fans, but no project has graced the big screen in years, and now it seems that Kennedy won’t be there to see the next project be done.

According to John Campea, he has heard from sources that Lucasfilm plans for Kennedy to step down after Indiana Jones 5 (2023), which will debut in the summer. This decision would leave someone else to handle the impossible task that Feige and now James Gunn face. Creating projects that fans will love and tell a compelling story for the franchise.

Campea shared on his podcast the news about Kennedy and her potential departure:

“This is what I have heard: I have heard that the decision to remove Kathy Kennedy has already been made and that she will be gone either sometime before or very, very, very shortly thereafter the release of Indiana Jones 5… Now, I want to be very, very clear here: I cannot independently say to you and confirm to you that this is a fact. I will say that one of the two people that have contacted me has a 1000% average on the things they’ve informed me of.”

Campea went forward to clarify his previous thought as thought that Iger’s return would keep Kennedy as Lucasfilm President, but that doesn’t mean he was right:

“‘Well, no. If anything, it’s the opposite.’ Bob Iger has traditionally been a Kathleen Kennedy ally and with Bob Iger coming back, I have a feeling that will entrench her even more and she will probably stay out to the end of her contract. I mean, I’ve said for a while, I don’t think she lasts beyond the end of this new contract she’s got. I think she’s out either by or shortly after 2025… I do think she needs to move on. I’ve said that for a long time. But I said, ‘I think Iger coming back only more entrenches her there.'”

He shares later on that his two sources independently called him to alert him that Kennedy’s chances of staying past Indiana Jones 5 are slim:

“I will tell you this, last night, in the last fourteen hours… last night, I got an email from somebody very connected and then this morning, I got a phone call from somebody even more connected that got in touch with me. Two separate people completely independent of each other, that got a hold of me and said, ‘Oh, John, you Kathleen Kennedy’s gonna be more entrenched that Iger’s in.’ I’m like, ‘Yep.’ … ‘You’re wrong.’”

This means that Lucasfilm will need a president to oversee everything. Fans love Dave Filoni, but his role is more of a creative overseer, which is better for him. Some might ask Favreau to step up due to his success with The Mandalorian, but it’s hard to tell who Iger would want to lead the charge at Lucasfilm. Whoever takes on the mantle would need to know more than producing and directing. They would need the skills to push Star Wars into new directions that make money instead of angering fans and creating box office flops.

It seems easy to do, but Star Wars is global, and not every fan loves the same thing. The Old Republic is an era comprised of hundreds of great stories that have already been told. If Lucasfilm goes forward to create projects that aren’t faithful adaptations, fans might be more upset than happy, while others might not care to see a lot of Sith and Jedi fight for the galaxy.

It’s hard to know how Kennedy’s exit will affect Lucasfilm as fans have begged her to leave for years, but who will replace her?

Who do you think is the right person to lead Lucasfilm? Let us know what you think!